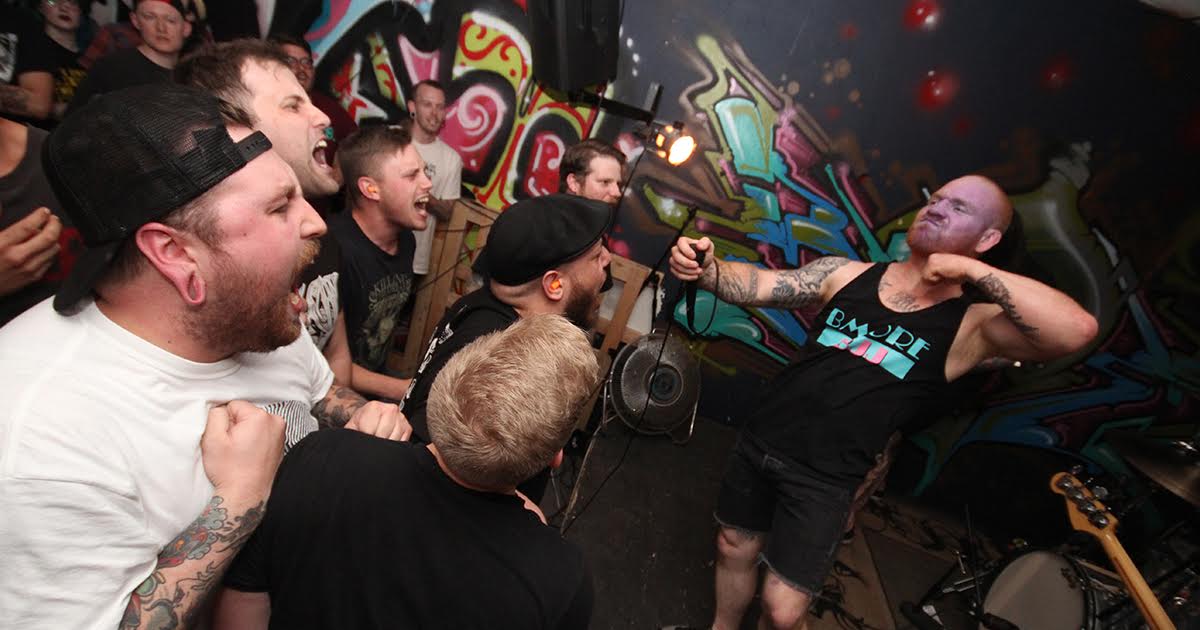 Witnesses report the singer had complained of chest pains in between songs.

“I saw Big Dylan rubbing his arm and heard him ask why the room was spinning, but we all assumed he was heartbroken by another backstabbing, or overwhelmed by all the love and respect for the scene,” said showgoer and “all around solid dude” Jake Plesmin. “My buddy’s mom is a nurse, so he recognized the symptoms and tried to get Dylan to take some Bayer. But Dylan said he was ‘too straight edge for that shit’ and slapped them out of his hand.”

Fellow members of Best Friends Bitter Ends were concerned for their frontman.

“You just don’t ever picture someone so close to you almost dying — especially not someone like Big Dylan. This is a guy who single-handedly kicked the shit out of every one of those clowns in the South Shore Pit Crew,” said bassist Mel Barnwell. “And it would’ve really sucked to have him die before we go on tour in two weeks. There’d be no time to audition new vocalists.”

“Mr. Hayward is lucky to be alive right now. The chest pound is a move in every front person’s arsenal, but few people appreciate it’s life saving capabilities,” said paramedic Marcus Brown. “If he hadn’t reacted so quickly and pounded his chest to the breakdown of ‘Suffer No Fools,’ we might’ve lost him. The scene would never have been the same.”

At an impromptu press conference held in the parking lot, Hayward addressed his supporters.

“My whole life, I’ve written songs about back-stabbings, fake people, the world today, and respect,” said Hayward, sitting on the bumper of a van. “Some of my best friends have betrayed me, but I never thought my own heart would let me down. No respect.”