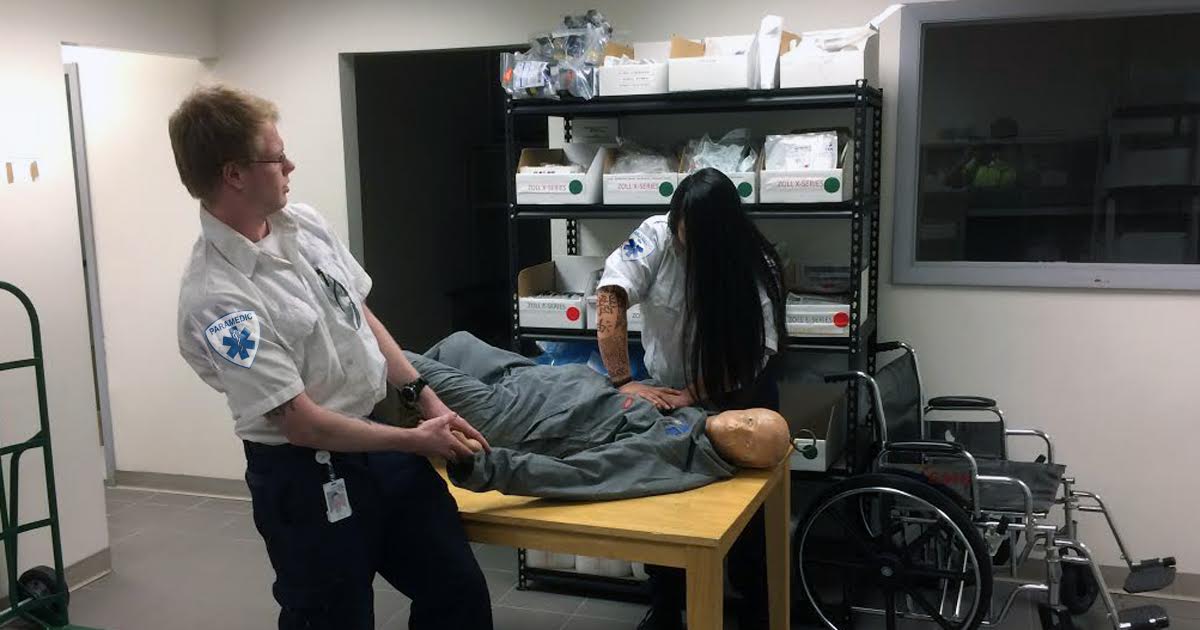 The 29-year-old paramedic and drummer for local metal band Distressed Flesh is taking a refresher course for her EMT certification, but hadn’t sought to break any records.

“It was quite impressive,” said instructor Sid Glamser. “I’ve never seen anything like it before… mainly because it’s not advisable. This is definitely not how she should perform CPR in the field. Not only would the patient have zero percent chance of survival, but the corpse would be so mangled, it would necessitate a closed casket funeral.”

“When it was her turn, she said, ‘Time to blast this fucker out,’ and just went to town,” said classmate Jeremy Franklin. “She started a little slow when checking for breath and vitals, but on the compressions, I could barely see her hands, they were moving so fast.”

Despite Glamser’s repeated instructions to slow down, Taugida only increased her pace.

“This was where she was most comfortable,” said Glamser. “At one point, she even grabbed a box fan and set it up to blow on her to help keep her cool. I have to admit, the way the fan made her hair fly all over the place made the whole scene look pretty sick.”

Taugida was upfront about from where she drew her inspiration.

“They say you’re supposed to use ‘Stayin’ Alive’ or ‘Another One Bites the Dust’ for tempo reference, but I’m like, Bee Gees? Queen? They suck!” said Taugida. “I’ve always found that ‘Finite’ by Origin is a much better CPR guide. It certainly gets my blood pumping, so I assume it’d be the same for my patient.”

On the opposite end of the spectrum, classmate and doom metal aficionado Daryl Weeks performed his CPR test at a mind-numbingly slow two compressions-per-minute.