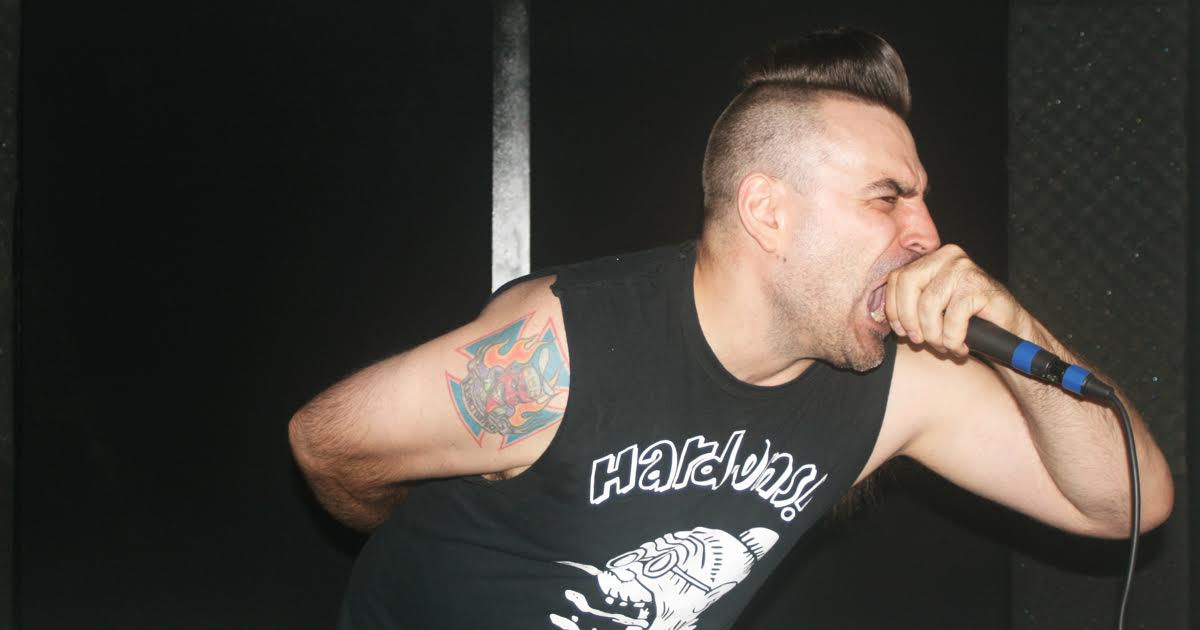 MORGANTOWN, W.Va. — Self-proclaimed “hardcore legend” Eric Hauser escalated tensions at a local Battle of the Bands earlier this week, telling competitors he could “win this shit with one hand behind my back,” according to several eyewitness reports.

Hauser, the 27-year-old frontman of local hardcore band Side Effect, allegedly wasted no time in asserting dominance over contenders at the VFW Post 548 matinée. Some of the contenders were as young as 13 years old and had “practiced their songs very hard,” reported several parents seated in the audience.

“God, I fucking hate that guy,” said 16-year-old Josh Duong, drummer of the pop-punk outfit Pontius Pilates. “He works at the GoMart over on Mileground, and he’s always making the worst jokes about those off-brand boner supplements at the counter. Plus, his band totally sucks.”

Despite his self-assured claims, those who know Hauser attest the literal placement of the frontman’s left hand behind his back while performing, his so-called “signature move,” has less to do with confident posturing than a mere lack of options.

“I’ve known that dude for years. I’m pretty sure he just doesn’t know what else to do with his hand,” said Pregnant Bitch frontwoman and Hauser’s former middle school classmate, Kisha Coyne.

When pressed for more detail, she added, “He used to just keep his hand in his pocket when he sang, and then he started holding his phone the whole time. I guess anything is better than that weird phase where he would point at every single person. That’d be fine in a crowd, but sometimes it would just be, like, eight people at a basement show. Then it was super awkward.”

Minutes before showtime, Hauser was seen warming up with a belt wrapped around his body, securing his left hand behind his back as he mimed shouting into a mic with the other.

“Practice makes perfect, dude,” Hauser said. “You don’t get to call yourself the best band in Monongalia County by phoning that shit in.”

As of press time, witnesses confirmed Hauser not only won with one hand tied behind his back, but that he claimed after he could’ve also “done that shit with my eyes closed.”