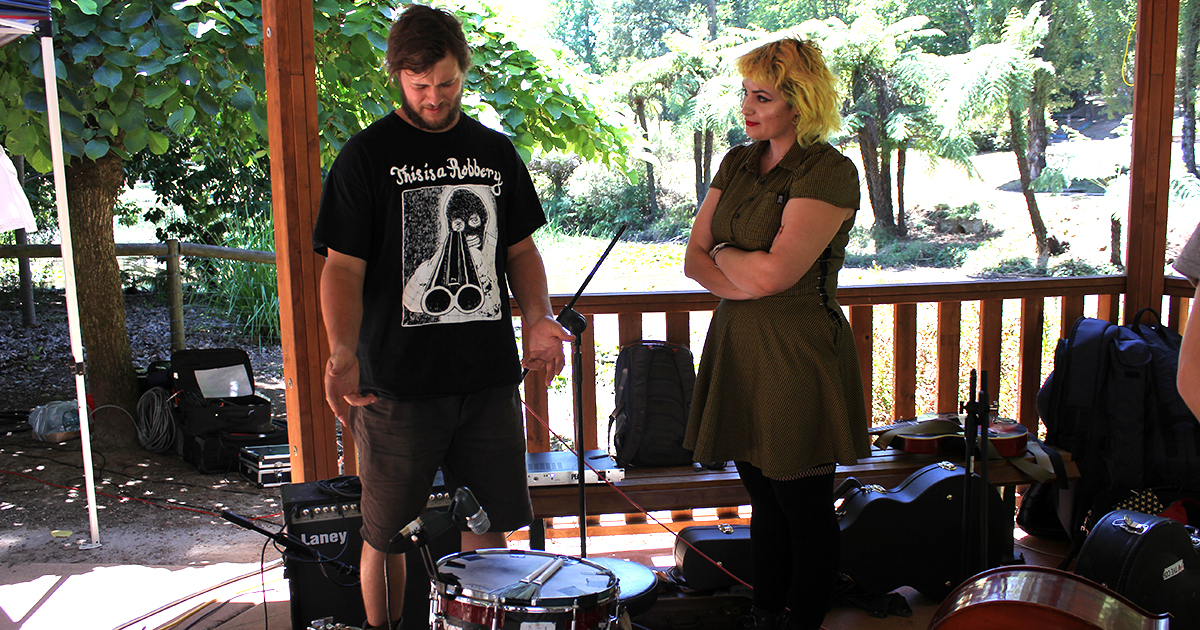 BROOKLYN, N.Y. — Drummer Matt “Deadbolt” Horowitz of local folk-punk band Whiskey Dumpster Pioneerz couldn’t play his set last night when none of the other bands on the bill brought a washboard or arrangement of cans to their show, frustrated witnesses confirmed.

“I just can’t fucking believe this,” Horowitz said. “I’m, like, pretty sure I talked with some of the other opening bands, and at least one said they’d bring all their gear. The washboard, the cans, the rainstick… I get here, and find out all they brought was one of those fucking big paint buckets and, like, 15 hand saws. So, now, I’m fucked.”

“You know, I get why Deadbolt is upset, but he should be mad at himself. He’s perfectly capable of breaking down his own can rig and packing that in the back of his Volkswagen. It shouldn’t be up to everyone else,” said Esparza, taking a break from setting up mason jars on bamboo sticks. “The Garlic Warriors haven’t used equipment like that since our first record. We’re into pushing the boundaries — we’re not just following some folk-punk template.”

Meanwhile, other members of Whiskey Dumpster Pioneerz allegedly warned Horowitz not to rely on other bands.

“There was one show, about two years ago, where I thought one of the other bands on the bill would bring their amplified typewriter, so I wouldn’t have to carry my own around. But when I got there, it turned out, they’d made the same assumption about me,” said fiddle player/typewriterist Gloria Hardy. “It was one of our worst shows ever. Not a single fan could get one of our typed stage poems that night.”

Horowitz’s frustration only grew when headlining act The Western Unshaved arrived with nothing more than a full drum kit.

“These wannabe losers call themselves folk-punk, but we all know the rules: you play drums on an arrangement of different sized cans, or you play nothing at all,” Horowitz ranted. “These fucking sellouts came strutting in with a bass drum, a floor tom, and a fucking snare drum? I didn’t realize I was playing a show with Rush all of a goddamn sudden.”

Witnesses reported the Whiskey Dumpster Pioneerz set was “fine,” and was largely unchanged by the absence of percussion.

Need a new shirt? Click below and support The Hard Times.