Folk Punk Legend Stood 180 Feet Tall, Played Guitar Made Out of a Train 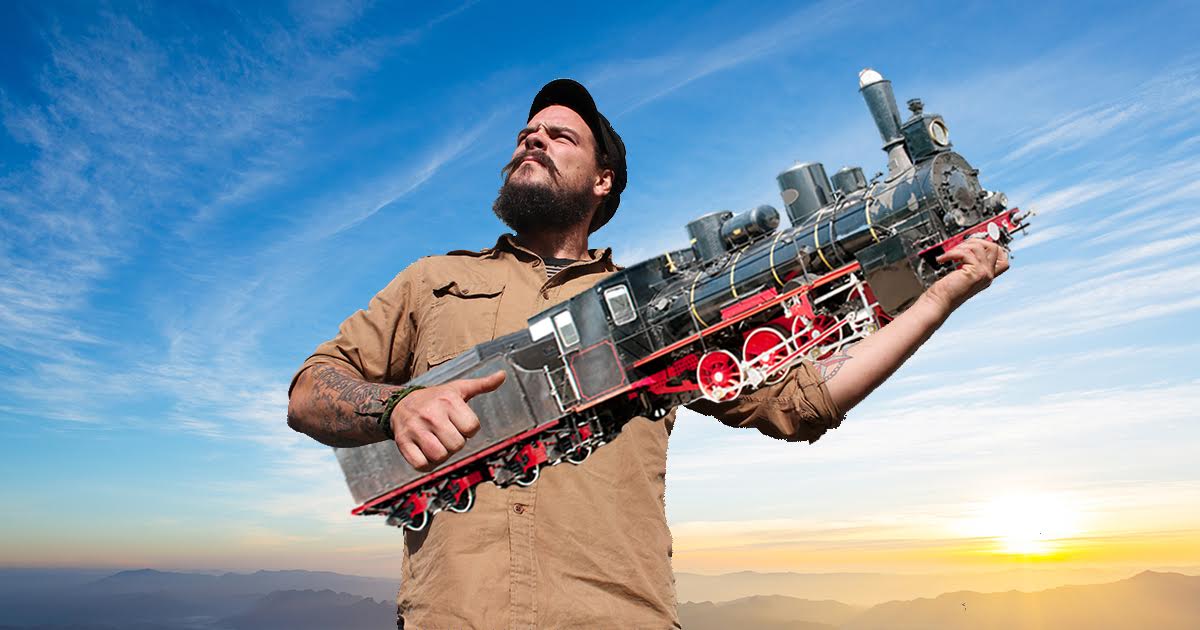 “It had to be Ol’ Tom Tassy,” said green grocer Martha Swaynos. “He ain’t been ’round these parts since aught-six, last I heard. But whenever townspeople have too much spare change, and the weather’s undeniably nice, you can bet Ol’ Tom Tassy won’t be far off, just playing his tunes and asking passersby if they plan on finishing their sandwiches.”

Despite Ol’ Tom Tassy’s mythical size, few have ever come across the folk-punk legend and his guitar, fashioned from a fully functioning 1991 6-axle diesel Union Pacific locomotive, according to local lore.

“I heard he folded up the train like he was making a paper airplane,” said Grout Shabwyck, a washtub bassist for competing folk-punk quartet Silly Switchyard Revue. “There’s no better busker than Ol’ Tom Tassy, I tell you. I heard he can play 40 songs 40 times while drinking 40 forties of Colt 45. He once ate an entire dumpster full of cigarette butts for no money, on a dare.”

Many fear potential property damages from Ol’ Tom Tassy as the weather becomes warmer. “Folks say he once ripped the roof off the local police station and played it like a washboard with a streetlight,” said Village Candy Shoppe owner Seth Pompan. “I heard his beard is so strong, it can actually carry his bindle.”

Townspeople have long wondered where the drifter originated from.

“Some say it was just one man who came in on a slow-rolling freighter to Missoula. Others say he’s a bearded composite of several troubadour tramps,” said town historian Clive McGlashan. “What I do know, is that when Ol’ Tom Tassy slaps that train guitar, loose change magically leaps from the pockets of everyone in sight and into a giant, upturned, patch-covered baseball cap resting at Tassy’s stamping, begrimed feet. It’s a sight, I’ll say.”

Though no recorded music can be attributed to Ol’ Tom Tassy, everyone seems to agree they prefer his early demos.