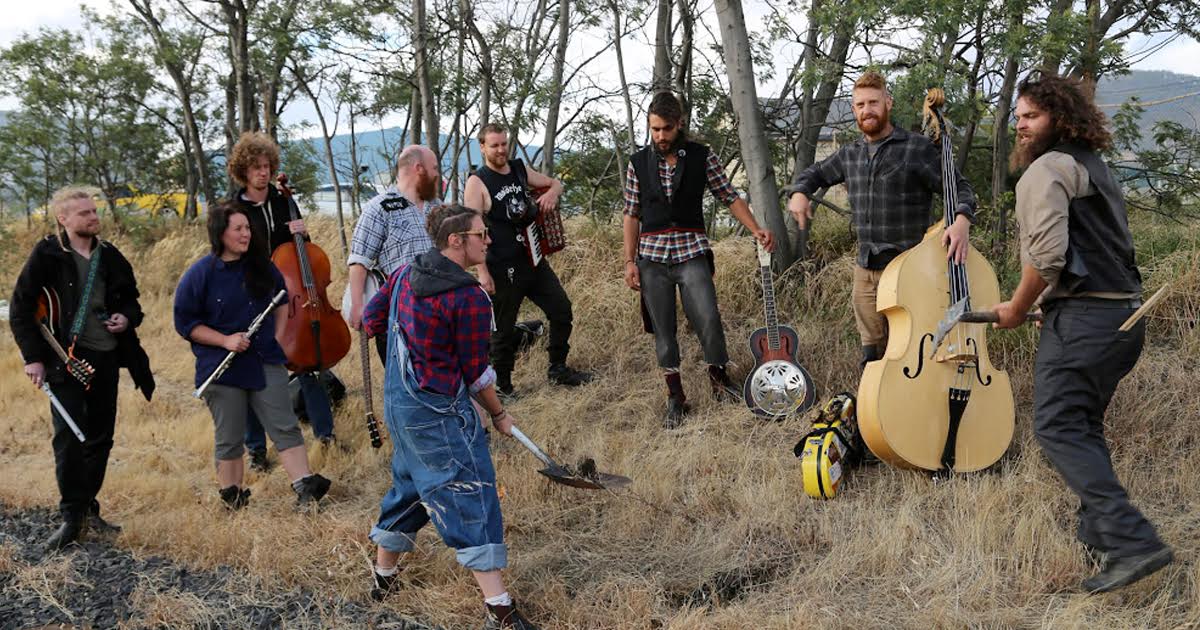 “We finally have the manpower to perform as a musical group and a fully functioning local government,” said four-year member Cactus Fruit, 43, who plays the washboard and manufactures textiles in the village currently known as “Kazoo.” “It will be a lot of hard work, but since we tour with at least 50 members anyway, we’re used to it. It’s a logistic nightmare.”

“We were so young — so high. Who knew that first drum circle would’ve taken us everywhere we’ve been,” said founding member Buzz Widespread, reflecting on the early days before the band reached township status. “We figured, once we reached 20 members, we’d just join a commune somewhere, but we kept dreaming big. Now, we’re the 76th-most populous town in Vermont.”

According to the ratified charter, all band members must contribute to the town’s growth by volunteering for one of several “jobs” in Kazoo.

“Today, I’m mayor, but tomorrow, I’ll be in charge of garbage pickup,” said handsaw player Jasmine East. “Recycling Czar is my favorite job, because all I do is sort and clean empty Ben & Jerry’s containers to make new instruments for the band.”

A sizeable chunk of Aldis Hill Park will reportedly be donated to the band by the state of Vermont, seeking to establish the nation’s first entirely musical town.

“Ever since they started exclusively playing here about four years ago, we’ve seen a 10 percent increase in tourism with 17 percent growth in maple syrup sales,” said part-time folk historian, full-time governor Phil Scott. “The least we can do is offer a place for all 78 members to crash, and maybe jam a little.”

According to Widespread, achieving township status is just the start.

Photo by The Dead Maggies.