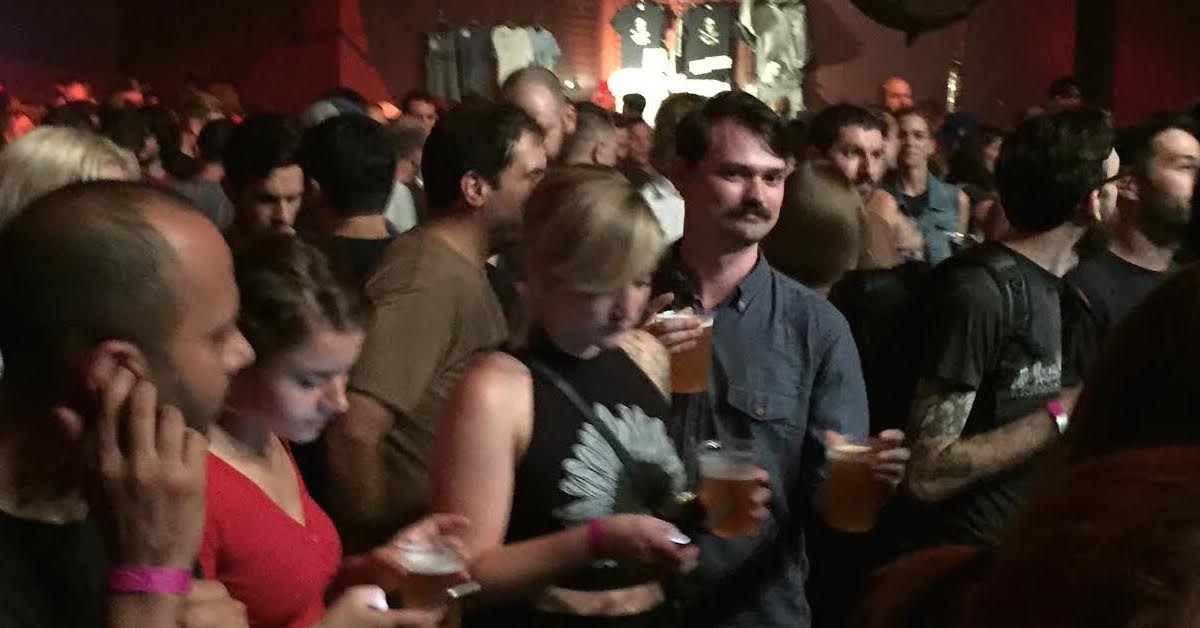 SILVER SPRING, Md. – An evil mastermind struck again last weekend, when James Banks pulled off the greatest heist of our time — sneaking into the front row of a concert despite not actually having a friend “up there.”

“I’ve spent a lot time planning this, too,” he explained. “It took about two weeks just to recover my Ticketmaster password, but once I was in, I scoured the seating charts for the perfect route to the stage. Next, I cross-referenced the seating chart with pictures of the venue I found on Yelp. I was worried that might be put me on a watch list, though. Seriously, who Yelps a dive bar?”

“The plan was simple,” Banks continued. “Buy two drinks at the bar. Then, walk through the crowd, pretending I was making my way back to a friend in the front row. But guess what? There won’t be anyone up there waiting for me. As a matter of fact, I have no friends!”

There were some who noticed Banks’s dastardly plan, but were powerless to stop him. “I was on the balcony and I saw that guy,” witness John Dawes said. “He kept bumping into people and spilling beer on everyone. Oh, and he had two drinks. Pretty sure he was wasted.”

“To pull off something of this magnitude, you need to be a master of disguise,” Banks slurred, slamming down another plastic shot bottle he managed to sneak through security, thanks to his impeccable slight-of-hand skills. “And I’m the best… wait, what’s a good word for someone who pulls off a heist? A heister?”

Banks’s other masterful tactics of deception included pretending to get pushed from behind and singing off key in everyone’s ears.

“That was great!” Banks said, making his way to the venue’s exit. “Got all the way to the barricade, snagged a set list, and got out of there before the band played a single note. No one suspected a thing.”

At press time, Banks was spotted speeding down a merge-only lane on the I-95 expressway. “All these people are suckers,” Banks yelled. “Why is no one letting me in? I have a kid I need to get home to!”