Drunk Guy Cheers For No Reason 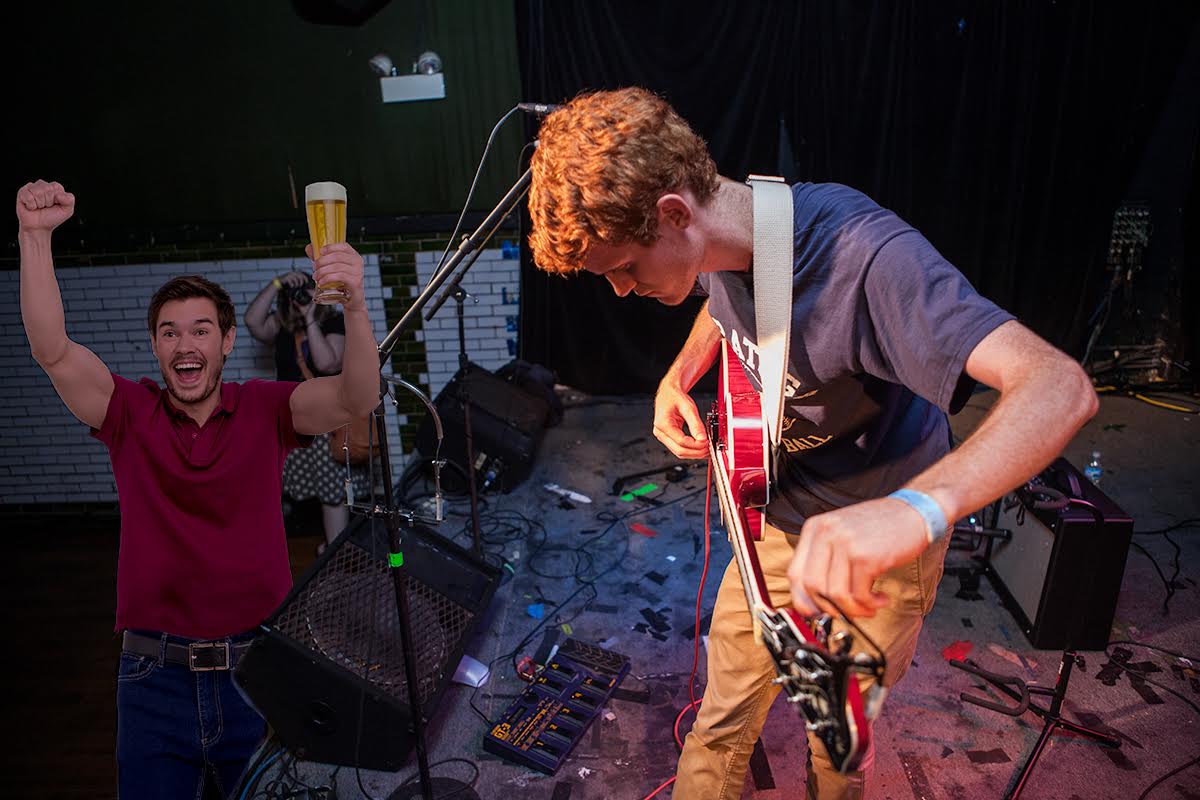 PORTLAND, OR – Fans attending the record release party for local metal band Failsafe were repeatedly caught off guard by the random cheering of a drunk man for seemingly no reason at all.

Bar staff and patrons report the cheering started as soon as the man entered the venue, as the opening band was breaking down their equipment.

“Our sound guy was playing AC/DC between bands and then from the door I hear ‘WOOO HEAVY FUCKING METAL, YEAAAAARG,’” said bartender Julia Martinez. “It’s hard to tell if he intended to be here, or if he heard the sound of joy and decided to stumble in here to ruin it.”

Landon Cleary, 32, a Portland native, was bothered throughout the night by the drunk man’s sudden, unprompted outbursts.

“I was there to see my buddies in Disposable Heroes play and during this super mellow build up the maniac bumps into me, spills his beer on my arm and just yells ‘WOOOOO YEAAAHHHUP’ at the ceiling,” said Cleary. “I could tell my buddy who plays in the band was really bothered by the look on his face because I know him so well.”

During Failsafe’s headlining performance to the half-capacity room, the drunk man would yell without provocation, often interrupting between-song banter.

“I tried thanking everyone for coming out and letting them know they could pick up the new record in the back, but what I thought might have been a rodeo clown just screamed at the top of his lungs ‘CHEYAAAAAAA FUCKIN WOOOOOWEEEE.’ I couldn’t tell if he liked us or hated us,” said Failsafe lead guitarist Henry Pickering. “I mean, this guy was loud, any time he would yell you could see the person next to him flinch like something bad was going to happen.”