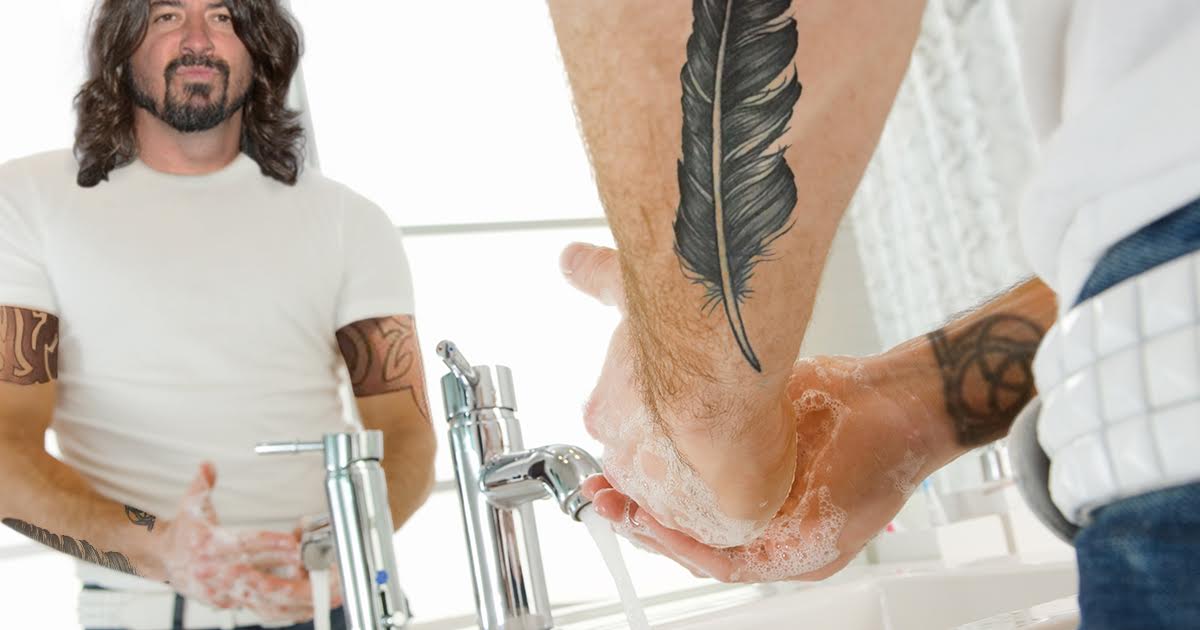 CHICAGO — Famed rockstar Dave Grohl was seen swearing and clutching his left palm inside the men’s bathroom at Chicago’s Allstate Arena last night after allegedly washing away a list of all of his current bands written on his hand, according to witnesses.

“I heard him say, over and over, ‘I can’t believe I did it again,’” said longtime fan Larry Masterson after Grohl, the Foo Fighters frontman, washed his hands. “He squinted so hard to try to make out what was left. It was so cool to see him in person, but kind of sad seeing him that panicked.”

Grohl, the occasional Queens of the Stone Age drummer, had his manager give an official statement about the list.

“David is a very busy man, and he’d agreed to a documentary interview about the Chicago punk scene after the show. That list was so Dave could know which bands he was in and not just bands he was monumentally influenced by,” said Jim Rowen, who has worked with the former member of Dain Bramage for decades. “Without that list, Dave will be lost. Hopefully someone can get a print out of his Wikipedia page. This is a big task and we need to start writing.”

Rowen lamented the massive task of tracking such a prolific musician.

“He joins six or seven projects a day, on average,” said Rowen. “A lot of them just fizzle out, but every now and then, he accidentally joins up with a new touring act. Like Nine Inch Nails. And Tenacious D. And Zac Brown Band. And Juliette and the Licks.”

For his part, the Them Crooked Vultures co-founder admitted he’s nursing a bad habit.

“Every time I see a stage, I assume I’m supposed to be on it, so I run up there and grab the first instrument I can,” said the founding and sole member of Probot. “No one ever tells me to leave. They just say, ‘Wow, Dave Grohl, everybody!’ and the crowd claps and waves. I don’t understand why. I’ll make some goofy face or shrug and everyone claps more. It’s very confusing.”

Witnesses report Grohl spent the rest of the evening asking fans which of his bands they came to see before eventually hopping on stage with openers Avenged Sevenfold.

Show your support for The Hard Times by picking up a shirt today: