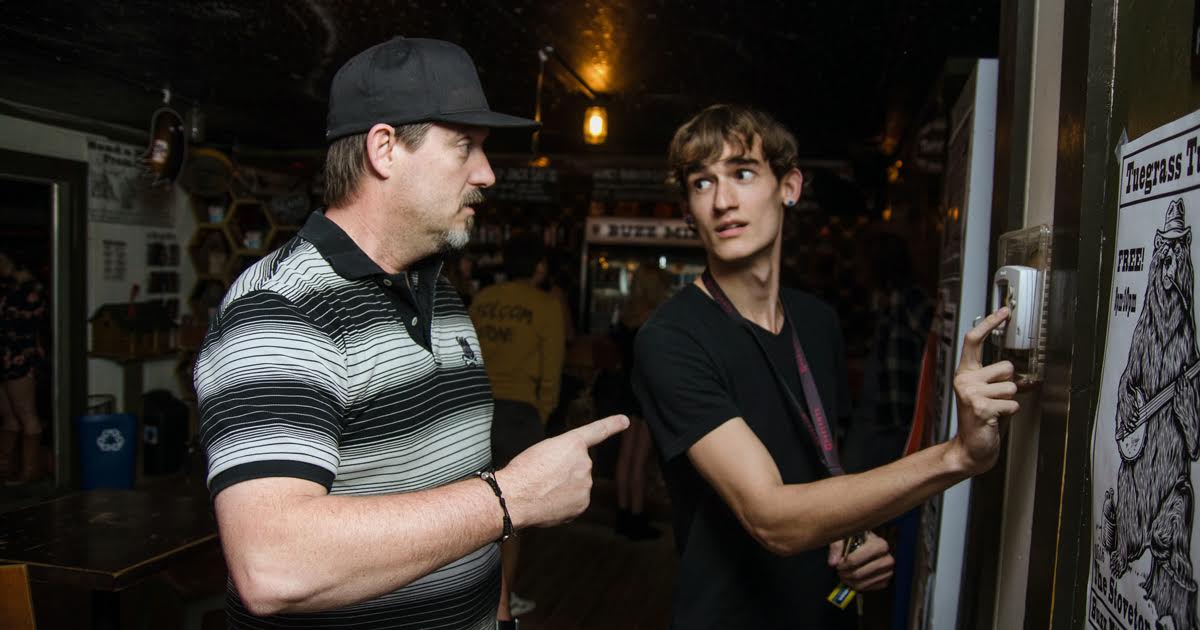 The incident occurred just after the band finished their cover of Tom Petty’s “American Girl.”

“Yeah, I saw Jason adjust the thermostat,” said bar regular Matt Mandel. “All of a sudden, that old guy band’s drummer barked at him, ‘That thing isn’t a goddamn toy.’ I was like, ‘Should I leave?’”

“How the hell did he know my middle name was Eric?” said a startled Turner. “That’s when I knew I was in trouble.”

Before a rendition of Bob Seger’s “Against the Wind,” lead singer Richie Thomas allegedly sternly told Turner that 79 degrees was “perfectly comfortable” as Turner tried to explain that several patrons had complained of the heat. Thomas then used his fingers to deliver a high-pitched whistle, ending the argument.

“He did that weird, thumb-and-index finger whistle my old gym teacher used to do. He actually yelled, ‘End of discussion!’ Then he let out a deep sigh and closed his eyes while he rubbed his thumb and forefinger on the bridge of his nose,” said one eyewitness, who chose to remain anonymous. “He went into a rant about how he works ‘so damn hard all week,’ and asked why ‘we insist on being such pains in the ass.’

Reports confirm the audience just sat there with their heads down, saying, “I don’t know” or “I guess” when directly questioned.

Following the outburst, Thomas regained his composure and playfully asked the crowd if they had “any doobies on them” before a mediocre rendition of the Doobie Brothers’ “China Grove.”

At press time, the band was in the parking lot, standing by Turner’s Honda Civic and demanding to know “how the hell [Turner] could call that a decent parking job.”