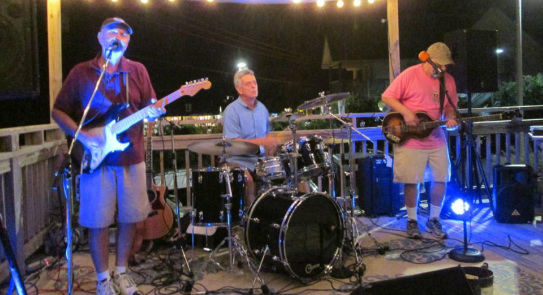 SOUTH LAKE TAHOE, Calif. – Glenn Miller, lead vocalist in the blues-rock band Cold Miller and the Coolers, reportedly dismissed his audience and sent them to their rooms after patrons of the show were talking during his band’s set at Steamer’s, a bar & grill in the local Holiday Inn Express, this past Thursday Night.

“We were so jazzed for this bitchin’ gig. We only play here two weekends a month,” an upset 41-year-old Miller told sources, “but if these brats are going to be disrespectful, then they need to be disciplined.”

Witnesses stated that some of Steamer’s younger patrons were not paying any attention to the evening’s performance, and were “laughing” and “talking amongst themselves.” “We didn’t even know there was going to be a show tonight. We thought it was like a live band karaoke thing,” said 24-year-old Connor Flynn. “The singer actually looks a lot like my uncle Mitch.”

Audience members shouted out song requests as Miller attempted to introduce the band before suddenly chastising the crowd.

“Hey, you kids up in the front here. You know it’s rude to interrupt when — look at me! — when others are trying to speak. I’m up here trying to rock and you’re being very disrespectful.”

One patron tried to reason with Miller, stating that they were “just trying to enjoy our drinks,” to which Miller replied, “One more outburst from you, young man, and you’re outta here!”

“Oh, you know how he gets,” said Linda Ward, Steamer’s evening manager, when asked for a comment. “He has a temper just like them and when they challenge each other they butt heads and neither back down. He’s a good man and a good band leader, but he can be so stubborn sometimes.”

As of press time, the audience is reported to still be in their rooms until further notice, cut off from kitchen and bar privileges.