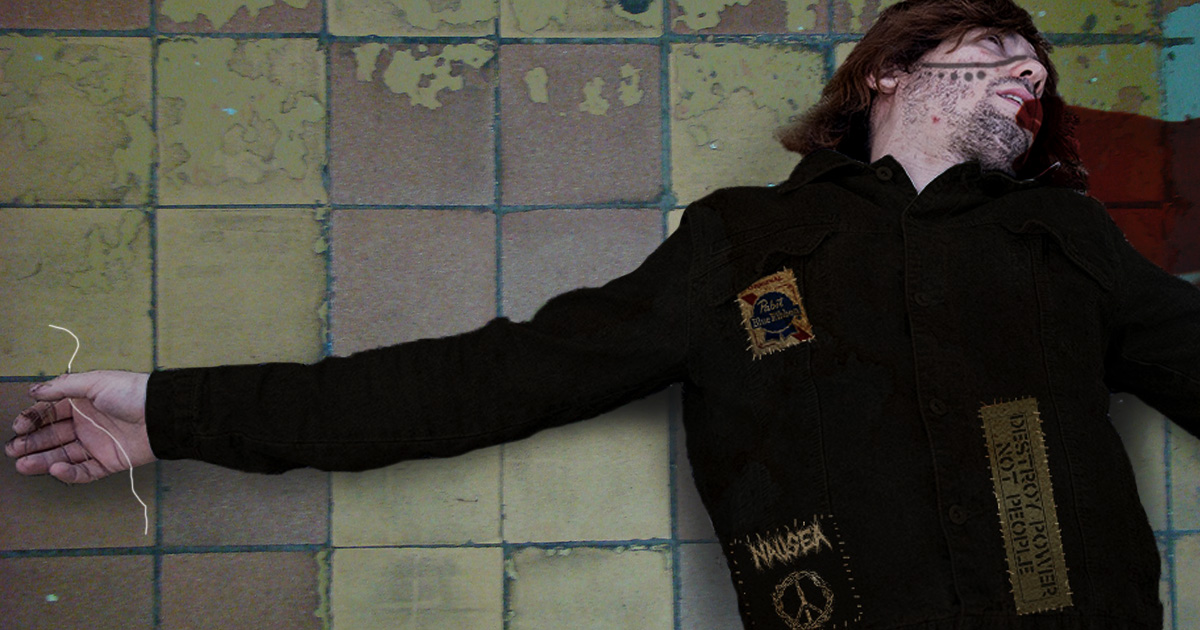 TORONTO — Crust punk Seth Ulrich tragically bled to death yesterday after making the unfortunate decision to floss his teeth for the first time in 12 years, bereaved friends and family confirmed.

“When I saw him go upstairs with a thing of dental floss, I assumed he was going to sew a new patch on his jacket, or maybe try stitching up that fox bite on his leg that’s been festering for the last eight months,” said Ulrich’s girlfriend Tammy Baker. “I never imagined he would do something so reckless as floss his teeth… or at least, what’s left of them. His gums would start bleeding if a stiff breeze hits his mouth. When I saw him steal that floss from Rexall, I should’ve known it was a cry for help. This didn’t have to happen.”

“I’m afraid I might have been the one to push him towards oral hygiene,” said a crestfallen Alex. “He came to my house last month to grab some scrap copper I’ve had lying around, and when he got near me, I told him his breath ‘smelled like trash water at the bottom of a manure pile.’ I guess it really hurt his feelings. I can’t help but blame myself.”

Punk dentist Dr. Brianna Meyers, DDS weighed in on Ulrich’s unfortunate choice and what other crust punks can do to avoid his mistakes.

“A lot of the punks I treat have conditions far worse than sore gums that require more immediate attention — like the massive amount of patients who come in here with scurvy, which is easily cured,” said Meyers. “You can get Vitamin C by enjoying a nice brass monkey, screwdriver, or mimosa… anything with orange juice, really. Once that’s taken care of, then maybe we can slowly work on a patient’s teeth. But when you haven’t brushed your teeth in over a decade, putting floss in your mouth is just as damaging as putting a handgun in there and pulling the trigger.”