Couple Unsure Why They Are Hosting Band from Same Town 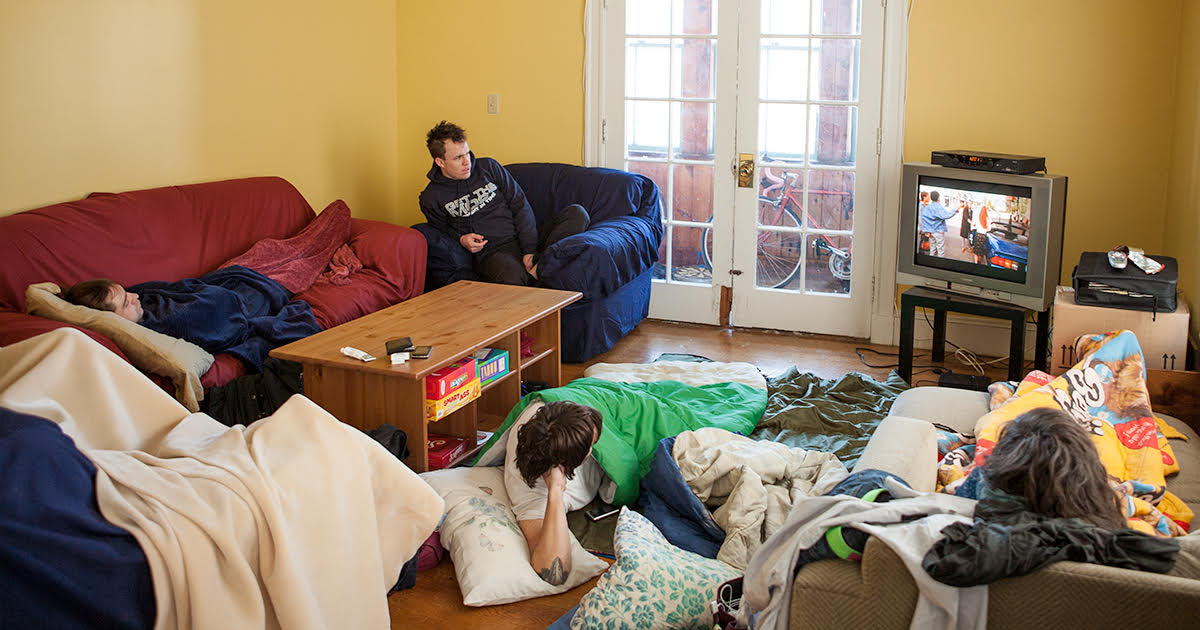 DECATUR, Ga. — Beth and William Conden were surprised to discover last week that the touring punk band they are hosting lives only a few blocks from their home, sources confirmed.

“We know touring is rough,” Ms. Conden said. “So we try to host bands coming through town whenever possible. But when the dudes in Slop Bucket showed up at our door, I was like, ‘Wait a second — that guy delivers my Jimmy John’s.’”

Slop Bucket kicked off their two-city tour in their hometown of Decatur by playing a barbeque hosted by the sister of guitarist Kevin Lawry, with a second show slated an hour away in Athens, Ga. later next month. According to reports, the band hopes to stay with the young couple for the full 22 days between gigs.

“Whether you’re touring across the country or across town, bands always rely on the kindness of strangers,” said bassist George Mann. “The Camdens or whatever were nice enough to take us in, but it got kind of awkward when they realized our drummer was the dude’s IT guy at work.”

The Condens are known throughout the touring circuit as “nice, reliable folk,” happy to provide a meal, shower, and bed to road-weary musicians. However, some speculate Slop Bucket’s behavior may prevent opportunities for future bands, as the couple are allegedly upset by the trio’s “awful” stench — all the more vexing as Slop Bucket came directly from their own apartment.

“I think we’ll have to be more selective from now on,” said Mr. Conden. “They ate everything in sight, drank all our beer, and then they ran home to get more laundry to wash. I’m starting to think they’re taking advantage of our generosity. They didn’t offer to put us on the guest list, and, honestly, I’m not sure there even are shows.”

“Before Slop Bucket, the worst thing anyone did was dye their hair in the bathroom, which stained our bathtub,” said Mr. Conden. “When I came home from work today, their drummer was shooting a potato gun down our chimney.”

Slop Bucket hopes to extend their tour to Savannah, after learning Mann’s aunt will soon be celebrating her 60th birthday and has a furnished basement with a kegerator.