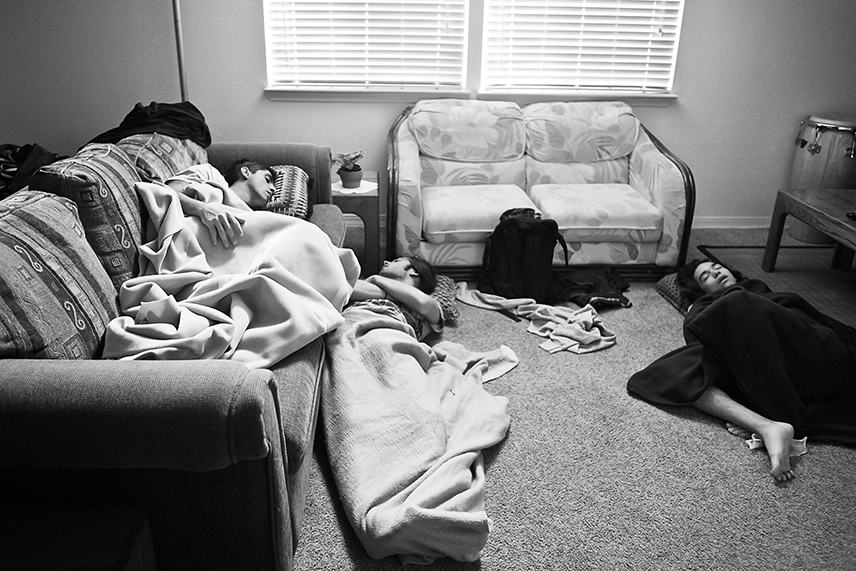 SEATTLE – Just moments after you left for work this morning, members of touring straight edge band ClearlyxStraight started their search for your soap. According to a source close to the search, who spoke on the condition of anonymity, they know you hid it around here somewhere.

“Everything in our van was stolen, so even if we had originally brought soap – which we didn’t – it’d be gone now, so we need to rely on stealing soap from our very hospitable hosts on this tour,” drummer Casey McGormick said. “The tricky part is finding where everyone hides it – people get creative. Last house we stayed at, it was in the very back of this dude’s girlfriend’s underwear drawer. Gross.”

The soap in question is the potent Irish Spring bar soap that has been known to touch your most intimate of areas and should not be shared with a touring band, whose members have questionable politics and even worse personal hygiene.

The Hard Times reached out to noted dermatologist Dr. Amir Singh, who said, “Touring bands are the leading cause of soap grossness. If you are planning on hosting a band, it’s best to just let them “borrow” some liquid body wash. Also, shower using lukewarm water or else you’ll dry out your skin.”

Stealing soap, toothpaste and mouthwash is a time honored tradition of touring bands. In this tough economic climate, it can save a touring band up to $12 over the length of a standard three week tour. However, it tends to cost the host much more. Most bar soaps are discarded immediately after finding a hair embedded in it that differs from the host’s.

“Hardcore is a community. My soap is your soap, and your soap is mine. If we don’t stick together, then we stink together – that’s just how it is. Just don’t buy hemp soap, I don’t use that shit,” ClearlyxStraight vocalist Daniel Morgan preached from the kitchen while eating your cereal.

As the search area for the soap widens, you’ll be glad to know it is still safely tucked away in a Ziploc bag floating in the tank of your toilet, along with your contact lens cleaning solution. Early reports are also suggesting your only clean towel is still undetected, laying flat between your mattress and box spring.