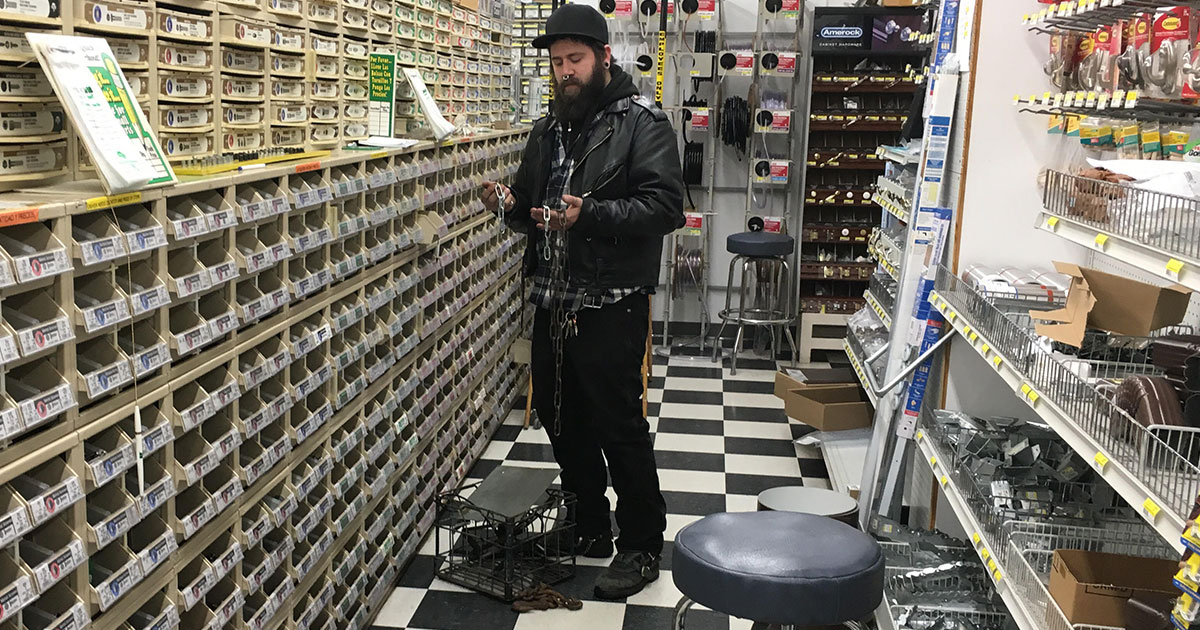 Stella, who sent the text before driving from Cincinnati, needs multiple pieces of musical equipment, including two sheets of corrugated aluminum, three 12-inch industrial grade springs, and a “shit ton” of ball bearings to perform his 40-minute set.

“I was doing some super-fast, cut-up stuff [last night], and the audience was going super hard,” Stella said. “At some point, someone fell on my table and just snapped the instrument I built in half. But it sounded fine, so I kept playing.”

Witnesses at the show claim no one noticed that Stella’s instrument was broken.

“I guess it depends on your definition of ‘broken,’ because that thing he was playing never looked right to begin with,” said Patricia Bennett, one of the audience members. “Huh. Well, I guess his distortion pedals are fine.”

“This just happens on tour sometimes,” said Dominick. “It was way easier when I was doing hardcore shows — you could just grab some strings or borrow equipment. Now, I gotta find all this weird stuff: a snorkel with three DOD Thrash Masters, two pounds of clay in an aquarium… one person even asked for a suitcase with a ¼ inch input. I’m pretty sure they don’t even make those.”

Fortunately for Stella, a number of people have extended a helping hand. Ron Emil, owner of Triple R Hardware in Miamisburg, even planned to stay open late for the artist.

“It’s a win-win for us and Orgasm Refusal,” said Emil. “He gets what he needs, and we get the business, which we need pretty badly right now. Home Depot has taken so much of our noise artist sales — we can’t compete. But we’re trying to keep up by offering great deals on full buckets of scrap brass bathroom fixtures.”

UPDATE: Stella, who managed to find and purchase the needed items, was forced to return to the store just 30 minutes after leaving. According to Dominick, “[Stella] forgot to buy nine-volt batteries. Jesus Christ.”