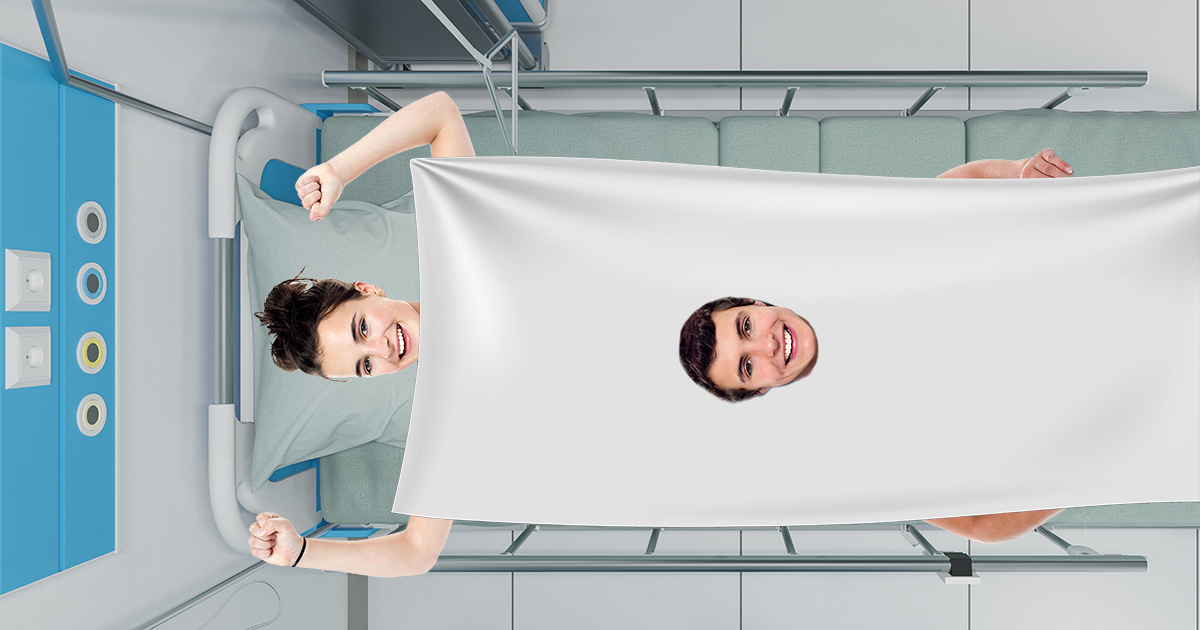 “I’m excited that Jill agreed to this surgery. Now every time we see the Stones live, I won’t have to hoist her up whenever she wants to flash her tits at Keith Richards,” said Clainsborough from the hospital’s recovery ward. “All this new music coming out nowadays totally sucks and is gay. I only wanna hear AC/DC play songs they wrote about how hard their songs rock, and I want my woman sitting on top of me the whole time. Also, I guess we’re gonna have to get an extra long mattress, because we’re now collectively like nine feet tall.”

Dr. Calvin Neumeier gave details on the procedure while cleaning out his desk after being fired for gross medical malpractice as a result of it.

“This was an incredibly delicate surgery and previous attempts at it have all resulted in near immediate divorce,” said Neumeier. “I was able to stabilize the butt-to-neck graft by extending the, as we doctors call it, ‘underpants area,’ to fully engross the boyfriend’s adjoining earlobes.”

“After that, it was a simple matter of figuring out how she would be able to shit and vomit while she was up there,” Neumeier continued. “Fortunately, funnel technology has come a long way these past few years.”

“I’ve seen eight million boobs in my life. Literally, eight million boobs,” said Simmons, somewhere between Alzheimers and an acid flashback. “At first it was pretty neat, but one more chick on some ogre’s shoulders just doesn’t mean shit to me anymore. Maybe if I get royalties from this somehow I’d care. Actually, can I do that? Hold on, I have to call my accountant.”

At press time, Jill briefly regained consciousness in post op to chug a Busch Light, yell “Wooooo!” and promptly pass back out.