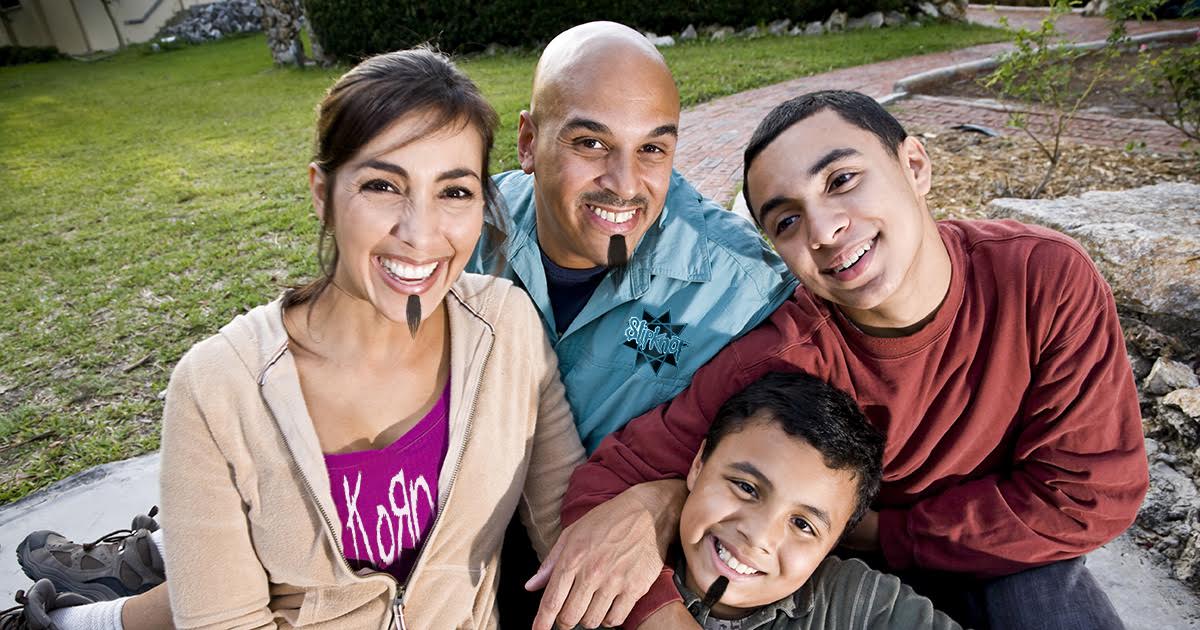 BOSTON – Middle child and walking disappointment to his Nu-metal family Trevor Briggs Jr. is the only one in his family who doesn’t have the genes to grow a proper soul patch, sources close to the family have confirmed.

“My inability to grow a tiny strip of hair under my lip is causing my family so much disappointment that I barely ever come out of my room,” said Briggs Jr. with frustration in his voice. “They know I’ve tried so many times to grow one and I actually went so far as to crazy glue some dog hair on my face to try and pull it off. And truthfully I’m just not comfortable with it. I feel like the simplistic, pseudo-edgy image that goes along with Nu-metal doesn’t mesh well with my real aspirations of furthering my education. I mean, would you trust a Powerman 5000 fan with your beloved pets? Not likely.”

Father and singer for local Nu-metal band Downward Lyfe, Trevor Briggs Sr., weighed in on the unfortunate lack of genetics.

“I still love my son,” said Briggs Senior while briefly looking down, clenching his head in both hands. “My wife and I have done everything possible to steer him down the right Nu-metal path. I don’t think I’ve ever seen him wear the Tripp pants we got him for his sixteenth birthday or the ‘Nightmare Before Christmas’ arm warmers we got him to wear at his first Marilyn Manson concert. At least we still have his baby sister to carry on our legacy. And at 7 years old, she’s already sporting a patch I didn’t have until at least 13!”

Dr. Richard Volk, a Harvard professor, and geneticist first identified the Nu-metal gene in 1997 and has studied the mutation ever since.

“Young Trevor’s situation is most certainly an anomaly. Nu-metal genes are extremely dominant, and whenever two parents possess it, the child will eventually be a full-fledged Sully from Godsmack,” Dr. Volk explained. “There are, however, several state-of-the-art treatments like those we give patients wanting Wayne Static hair. Personally, I believe Jr. dodged a bullet by not inheriting the genes. That Nu-metal shit died just as quick as its birth.”