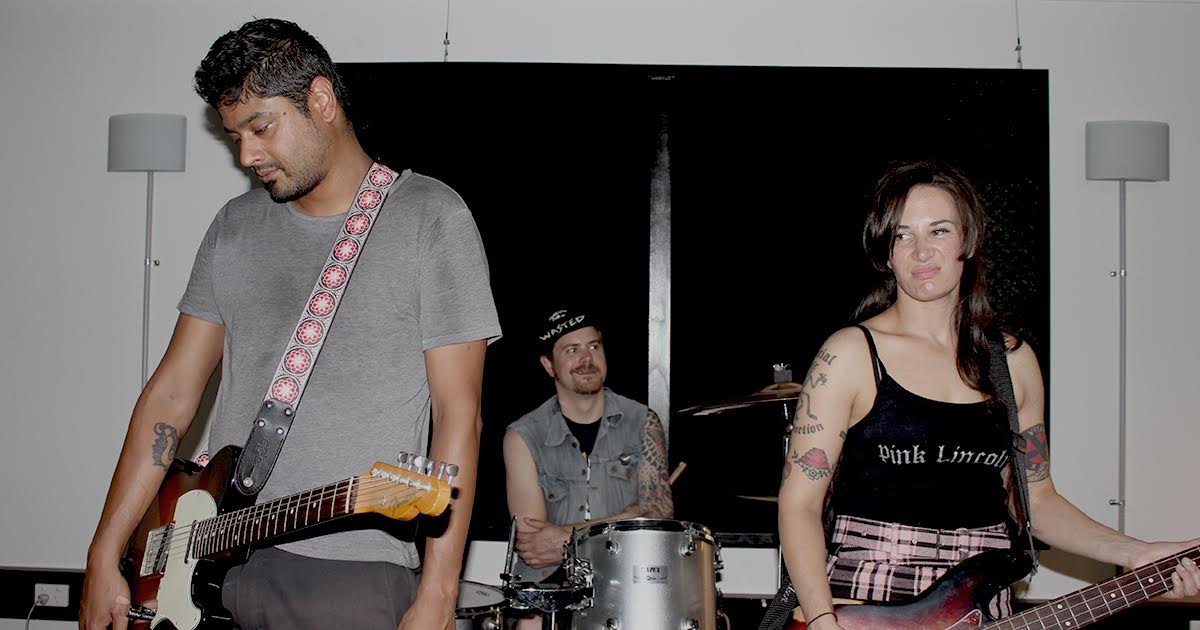 MORRISTOWN, N.J. — Mid-level alternative rock band the Mandarks are planning to break up this summer after 14 years of recording and touring once their drummer Josh Danesi leaves town for college, founding members confirmed this morning.

“We stopped jamming years ago, and we don’t even practice in the same room anymore,” said lead vocalist and bass player Sara Korosky. “Shows now are really just for Josh to feel normal and have a loving band to hold on to. All drummers need that, and we feel responsible for him. We were together a full 10 years before he came along, so we had a great run.”

With both Korosky and guitarist Taylor Seitz, co-founders of the Mandarks, realizing their clear lack of chemistry, they assume it is only a matter of time before Danesi applies to universities out of state — at which point, they’ll start custody negotiations on the band’s shared PA system.

“Sara hasn’t given me a solo in years,” said Seitz. “Plus, we’ve already agreed we’ll both be happier in separate projects. We just can’t separate while our little Josh is still in town, though — it’d be devastating. He’s not mature enough to really understand. He’ll just blame himself.”

Despite noticeably high tensions in the group this past year, Danesi seemed blissfully unaware of the strife: just as Seitz and Korosky had arranged.

“We’re doing as great as ever! We’ll be releasing albums and touring the world forever,” Danesi said, hugging his favorite Lars Ulrich-signature snare drum. “And we’ll definitely still get together to jam whenever I’m on break from college.”

A recent study by the U.S. Department of Education found that after two to three semesters as full-time college students, drummers show a dramatic increase in emotional control, basic social skills, and time management.

“When a drummer goes off to college, they finally become adults: they develop personal responsibility for the first time, and learn what true hard work is,” said professional band therapist Dr. Daniel Harbor. “Once Josh finally spreads his wings and isn’t defined by just drumming, he’ll be far more equipped to handle the news that his band is splitting up.”

Korosky later confirmed her plan to turn the band’s practice space into a home studio for her solo ambient noise project.