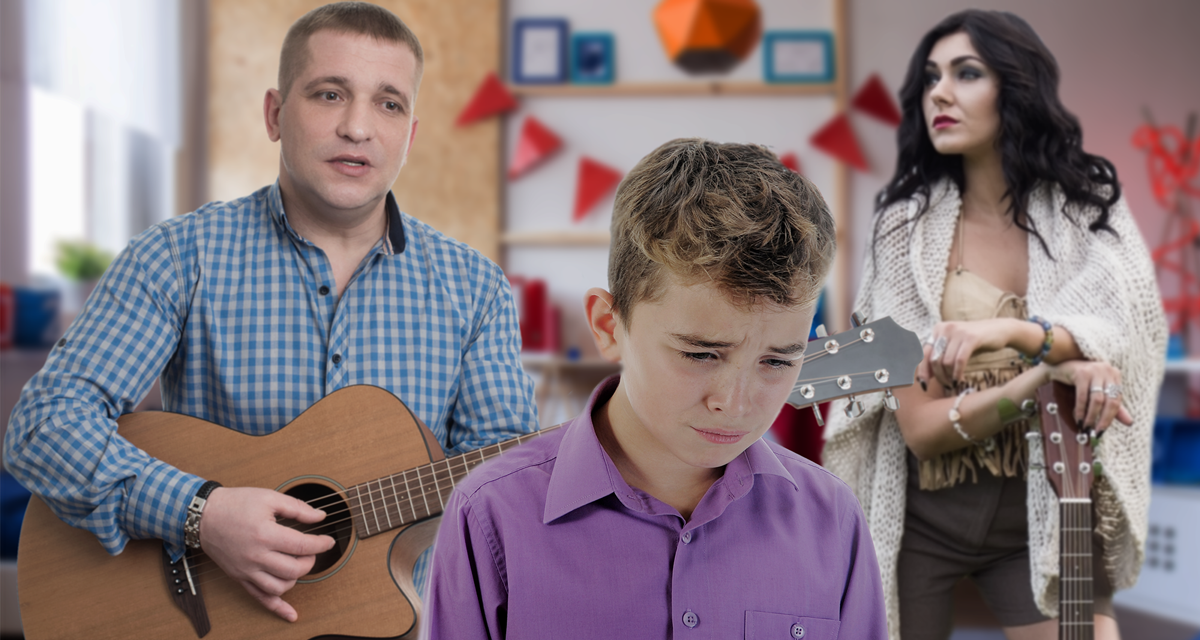 “This move is not your fault. It happens to a lot of Mom-rock bands and Dad-rock bands when they’ve been together for a long time,” said frontman Steve Belsky in a bedside statement. “We used to be two separate bands. But after so many shows together, it can be hard to remember your own sound.”

The announcement surprised fans, despite the fact that Hardback and Wild Rose have had separate bookings for at least their last three shows.

“We cannot stress enough that we still love Wild Rose,” Belsky added of the Mom-rock band with whom Hardback played local dive bars and county fairs for as long as anyone can remember. “It just makes sense for us to take a little break.”

According to the terms of the hiatus, Hardback will let Wild Rose take their shared weeknight show at Chuck’s Bar and Grill. “You can still see us every other weekend at O’Keefe’s on Bayview,” Belsky pointed out, referring to the split ticket show they’ll be sharing with Uncle-rock band Caddywhack until Hardback can find a show of their own. “It’s got a real pool table and a few pinball machines. Plenty of space for you and all your friends to come hang out and watch us play. It’ll be different, but we need our fans to be strong right now.”

Belsky concluded his statement by trying to soothe any hurt feelings. “We hope to play with Wild Rose again soon, but it might take some time for that to happen. No one knows what the future holds,” he said.

Wild Rose could not be reached for comment, but recently announced a full series of shows with a wide variety of local and touring acts. Upon hearing the news, Hardback hastily announced a potential collaboration with the much younger, Canadian, all-girl anarcho-punk band Goldman, Parsons & Michel.