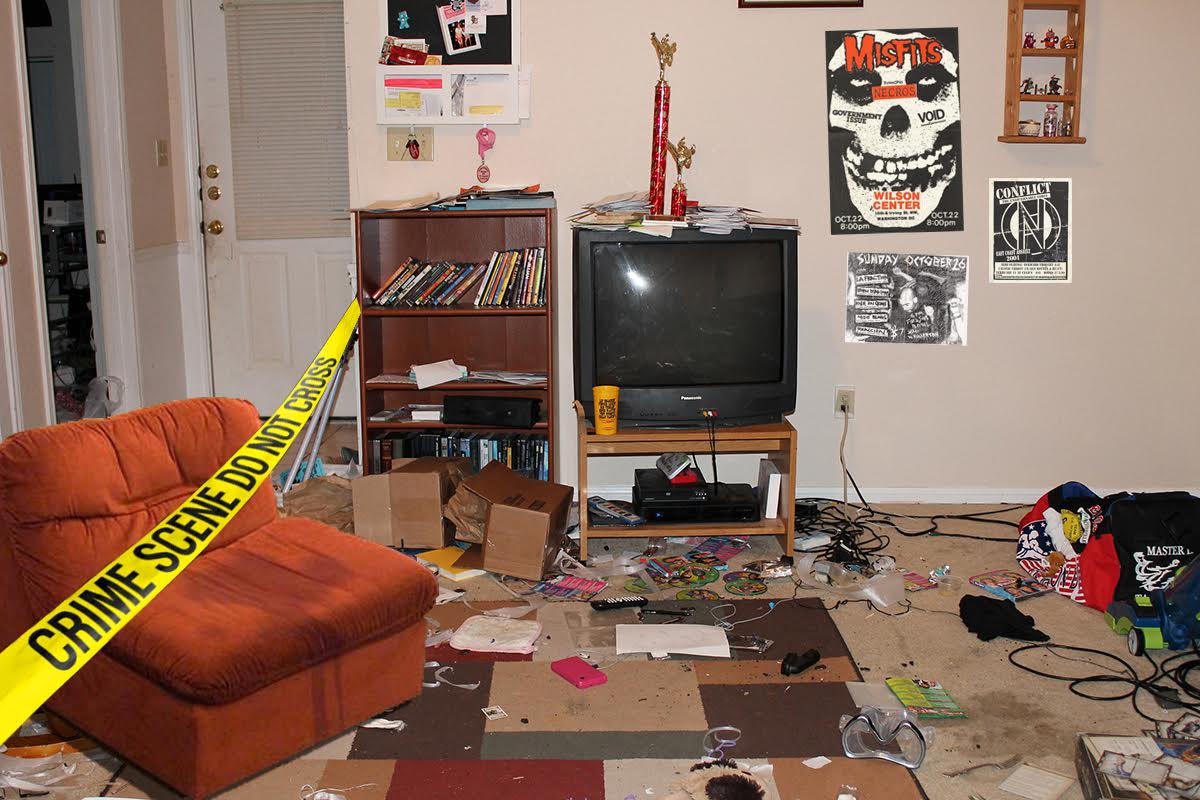 Everett, WA – After waking up from a long night of drunken partying, residents of a local punk house and DIY venue made the gruesome discovery that someone had urinated on the last reasonable piece of furniture in the house.

The Trash Palace, known for its raging shows that frequently catch the attention of local beat cops, has been torn apart following the grisly discovery. Despite their insistence that “all cops are bastards,” the current residents finally solicited the help of the authorities to help track down the culprit.

“That shit is not cool,” said Elliot “Eli” Smithson, who at 13 months is the venue’s longest-tenured resident. “I fucking spent $9 AND had to borrow my stepdad’s truck to pick that thing up, and some jackass just up and decides to piss on it. Just piss on the neighbor’s fence like everyone else.”

While these allegations are being taken seriously, The Trash Palace is infamous among local punks for being the most “gnarly” house venue in the North Seattle area.  Reports indicate residents had instituted a strict “no boning” policy to help preserve the chair. However, according to frequent visitors, the 1974 La-Z-Boy stood no chance against the blistering apathy of the twelve 18-24 year old housemates, along with the rising tide of partygoers, crust punks, and libertarians.

“Everybody wanted a piece of that chair, man. It looked so clean… so nice. It needed to be destroyed,” said a source on the condition of anonymity.

“I’m honestly surprised it lasted as long as it did,” stated housemate Henry Gibson. “Things in [the Trash Palace] are not meant to survive… the climate is harsher than you would imagine. A couple months ago, Aaron bought a succulent that he placed in the windowsill. It died after a week. Goodrich would only water it with Mickey’s, and Jeff would spit on it and give it the finger every time he walked by. I read an article about how that doesn’t help.”

Authorities were tight-lipped when asked if there were any prime suspects. However, sources close to the investigation noted the intense scrutiny surrounding housemate Andy Jefferson, with one source, who refused to be identified for fear of accusations of “talking shit,” stating, “everyone knows he pulls this kind of [crap] when he’s trashed.”