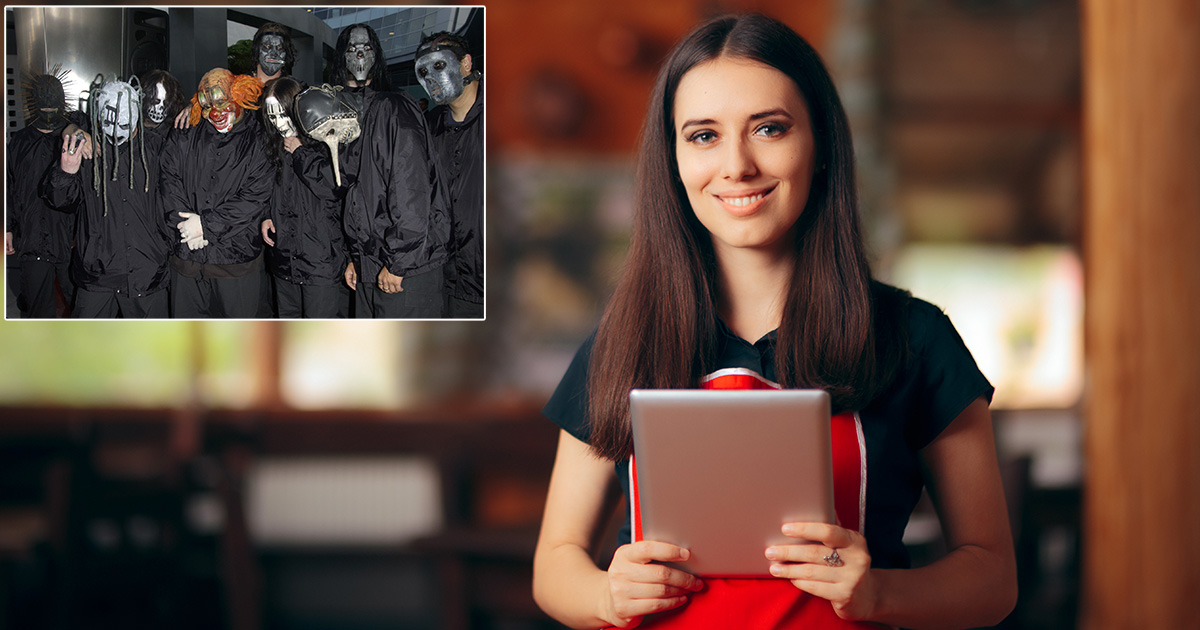 “I don’t know what they expect from us. It’s policy, we can’t seat parties until everyone shows up. That’s any restaurant, I don’t care if you were in that remake of ‘Rollerball’ or whatever,” said Connelly while showing a young family of four to a booth. “Y’all can figure out how to spin a drum kit around in the air but you can’t factor in traffic to your travel time? Not to mention all the business we are losing when a group of senior citizens walk in to see a demented clown hitting a busted up keg with a hammer and demanding a table.”

Other employees were equally frustrated with the band’s conduct during their frequent visits to the establishment.

“These guys don’t seem to understand that if we give up table space to a party that isn’t all present, that real estate is gonna sit unusable by other parties who actually bothered to show up together, parties that actually tip well,” said Joey Martin, a veteran server. “Parties who don’t show up five minutes before close and then always tip $6.66 on a $250 tab like it’s a goddamn joke. We get it, you’re into the devil. Wouldn’t have figured that out from your Haunted House costumes. How about instead of digging your fingers into your eyes, you dig them into your pockets?”

Punctual Slipknot member Shawn Crahan seemed confused by the animosity of the staff.

“I figured everyone in Des Moines loved us. I don’t see what the big deal is if only five members of the band are there, we planned to slam the hell outta some poppers,” Crahan said while texting the absent members. “And every time we come through an Applebee’s, I always bring my keg in and smack it with my bat when they do a good job. Like those bells you can ring in some places to say ‘Hey maggots, we really dug the service!’”

When reached for an update, Martin added that while the Slipknot situation was a pain in the ass, it was no match for the time they had to wait around for all sixteen members of the Brian Setzer Orchestra to show up.