Aging Punk Willing to Give New Music From 2004 a Listen 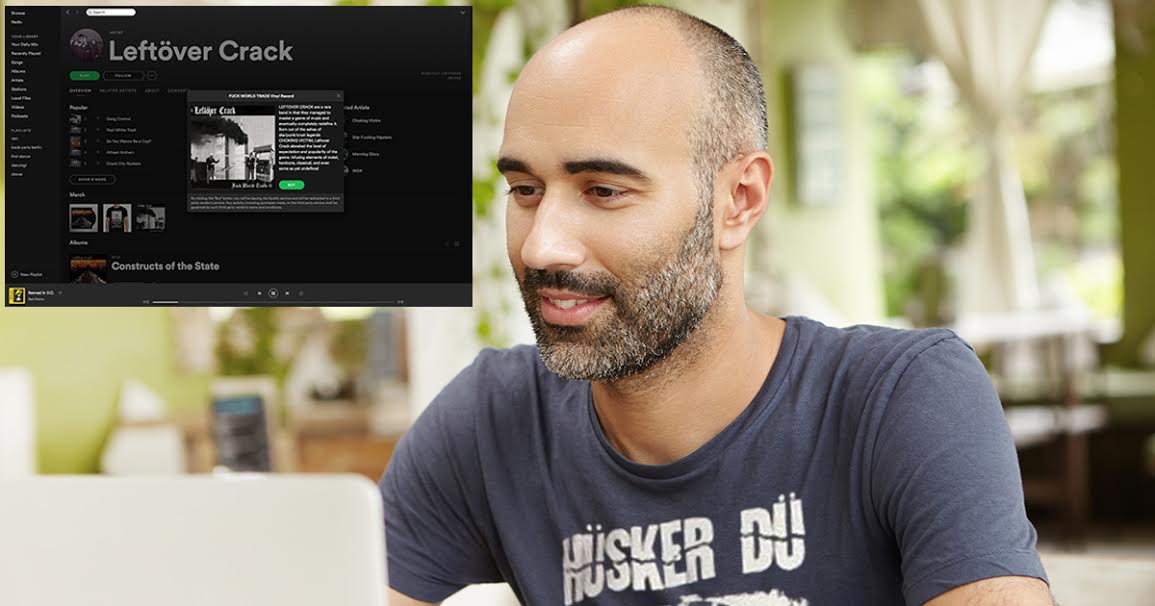 BRIGHTON, Mass. — 46-year-old punk Cameron Matthews is now willing to expand his musical horizons and give some new music from 2004 a listen, according to surprised friends, family, and neighbors who’ve heard Bad Brains’ Rock for Light through the walls every day for the past several decades.

“Everyone knows music basically stopped being good in ’90 when I graduated high school,” said Matthews. “But that doesn’t mean I’m not willing to give a few new tunes a listen. I took a big step forward the other day, when I almost clicked on something that came out in ’02. I mean, 2002! We were still recovering from that whole Y2K scare, and 9/11 was still fresh. I wasn’t even sure people were still making music.”

Matthews’ Spotify webplayer, set to play Gorilla Biscuits, Bad Brains, and the Dead Boys — individually, in that order — allegedly recommended Leftover Crack’s “Fuck World Trade” and Killswitch Engage’s “End of Heartache” last Thursday around 2:30 p.m. While his public playlist history shows he did not listen to either album, he insisted he is “potentially open to it at some point.”

“‘Fuck World Trade,’” said Matthews. “Sounds like it has some potential. Not just from the raw punk theme, but I might learn something about world affairs if I listen to it. I haven’t ever really been political, other than what the Dead Kennedys filled me in on. I definitely know I hate Reagan, but I’m not really sure how I’ve felt about any president since him.”

Those close to Matthews are optimistic, despite the high likelihood of members of his former high school band labeling him a “poseur.”

“A lot has happened between 1989 and 2004,” said Diane Mayfield, a coworker of Matthews. “I really think he could find some enjoyment in at least one song recorded since the first Gulf War. He’s the only person I know who has never heard ‘Hey Ya!’ by Outkast. I think he’d like it. Everyone likes it.”

At press time, Matthews had still not listened to any music on Spotify that he doesn’t already own on vinyl, cassette, or compact disc, allegedly telling friends it was a “stupid idea.”