Aging Punk Not Sure How to Stop Buying Skate Shoes 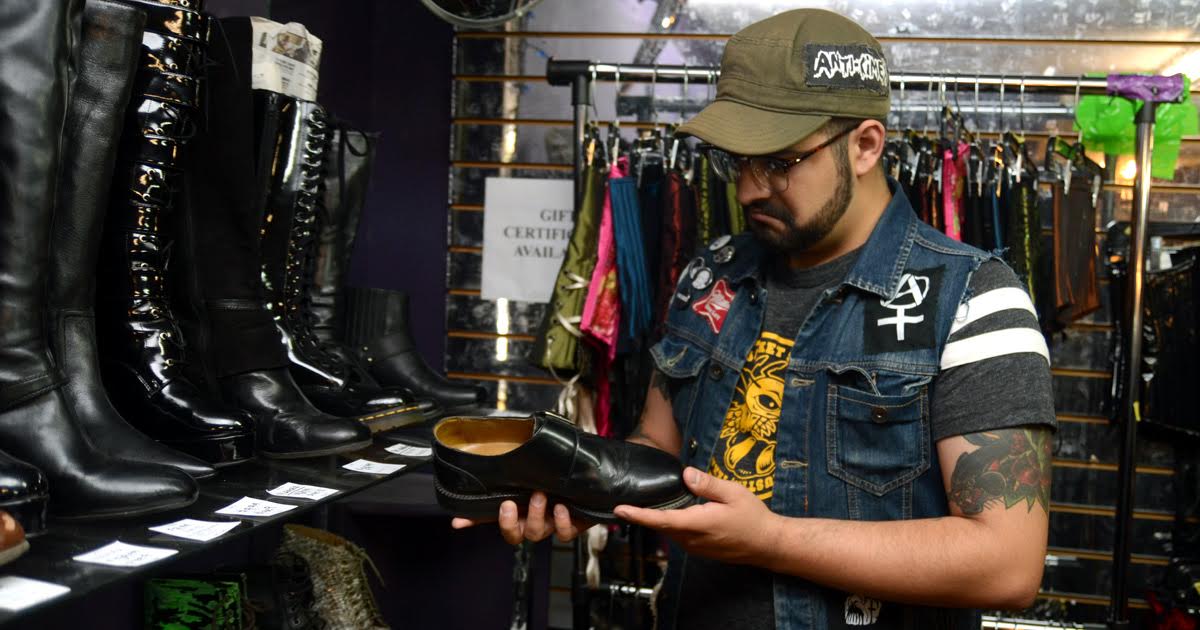 PHILADELPHIA — Local 33-year-old Seth Bourne is completely unable and unwilling to buy any shoes that are not specifically designed for skateboarding, according to concerned family members.

“Seth got promoted from shipping to sales, and now he has to dress business-casual. It’s really freaking him out,” said Beth Bourne-Radler, his wife of four years. “I tried to bring him to find some Oxfords or something, but after five minutes in the store, he started muttering about how he’s a ‘sell out’ and a ‘poser,’ and that ‘slip-ons are business-casual enough.’”

Bourne, who has reportedly worn skate shoes ever since buying his first pair of Duffs in 1996, claimed he doesn’t feel comfortable in anything else.

“I’ve gone through all the phases, man. Kostons, Nike SBs — all of ‘em, except DC. They never really vibed with me,” said Bourne. “When I was 17, my mother made me wear loafers to my grandfather’s funeral. I know everyone was thinking how dumb my feet looked the entire time.”

The shoe alternatives Bourne has found have only heightened his frustrations.

“Right now, it seems like everyone I meet is wearing these weird-ass leather elf boots. I feel like a fraud when my Skyrim character wears that shit, so those are out of the question for me,” said Bourne, applying a thick layer of Shoe Goo to his well-worn pair of Vans. “I don’t eat food on my lunch break — I go to the skatepark for 45 minutes. Do these people really expect me to skate in wingtips? It ain’t gonna happen.”

Adding to the stress, the Bournes are reportedly expecting their first child in two months.

“While I want to provide food and shelter for my child, I need my baby to respect me — and I can’t tre flip in docksiders, let alone hit something as simple as a five stair. I’m not bringing much else to the table, dad-wise,” said Bourne. “The kid is going to look super-cute in baby Emerica shoes, though.”

As of press time, Bourne found a temporary solution to the dress code by painting laces on his checkered socks.