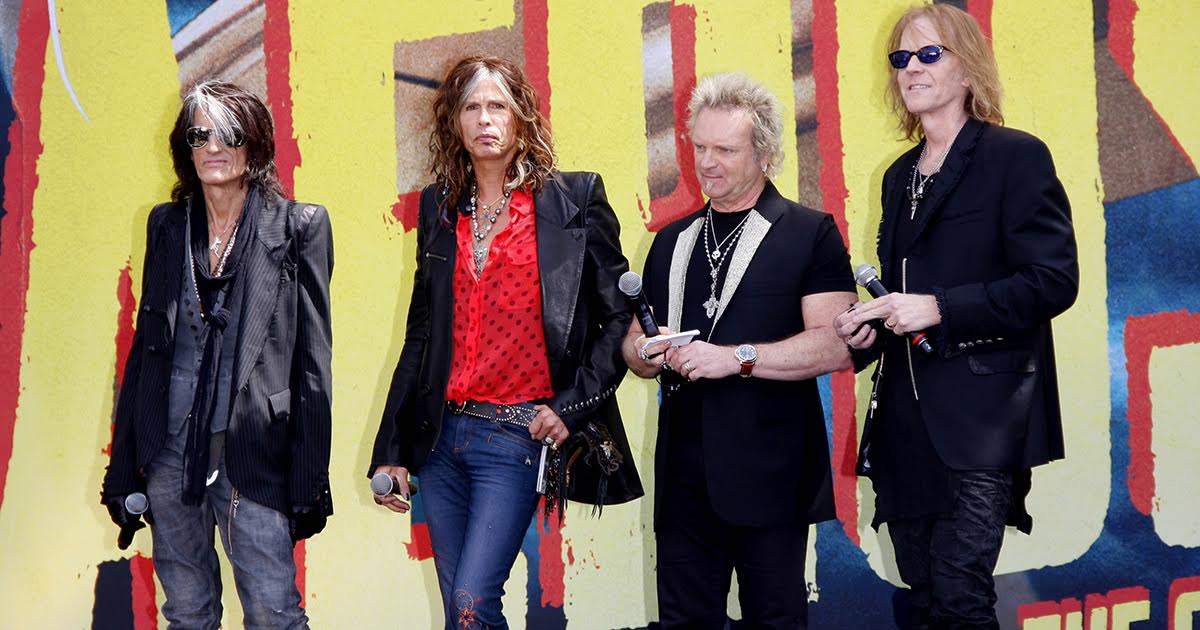 LOS ANGELES — After nearly five decades and 15 studio albums, Aerosmith will be inducted into the Mediocre, Unremarkable, Middle-of-the-Road Bullshit Hall of Fame in a ceremony early next year, officials confirmed.

M.U.M.H.F chairman Bruce Heiman made the announcement during the organization’s annual press conference.

“For too long, Aerosmith has gone unrecognized as the profitable agents of compromise they truly are,” said Heiman, unable to contain his excitement. “One is hard-pressed to name a band working today with a more consistent median average of ‘fine.’”

“Steven Tyler is practically the embodiment of synergy and consistency. He penned a radio hit for his own daughter’s movie, for god’s sake! It’s not everyday you meet a man so willing to mix business with family,” said Heiman. “This is a man who hasn’t changed his clothing style since the ’70s. He’s an unmistakable frontman — when you see him take the stage, you know you’re about to get bland, inoffensive rock music loved by uncles across the country.”

Fan response has been overwhelmingly positive.

“Aerosmith is the best-selling American hard rock band of all time,” said amateur Aerosmith historian Nathan Hedge on a Yahoo! message board. “They’re practically the Dean Koontz of music — their influence will be felt for years. Without Aerosmith, we’d never have such great bands like Lifehouse, or Switchfoot, or Maroon 5.”

Though traditionally plagued with contention, Aerosmith’s selection was virtually unanimous.

“Any band whose Wikipedia page boasts a section marked ‘farewell tours’ is middle-of-the-road bullshit material in my book,” said M.U.M.H.F Vice President Marsha Harris. “If we hadn’t inducted Steve Miller 10 years in a row, Aerosmith would’ve been in ages ago.”

Upon hearing of the honor, Steven Tyler released a statement through the band’s publicist.

“It is a great honor to receive an award. Please contact [email protected] and notify our billing department where they can send our invoice,” read the statement. “Thank you for hiring Aerosmith. Have a pleasant day and keep on rocking.”