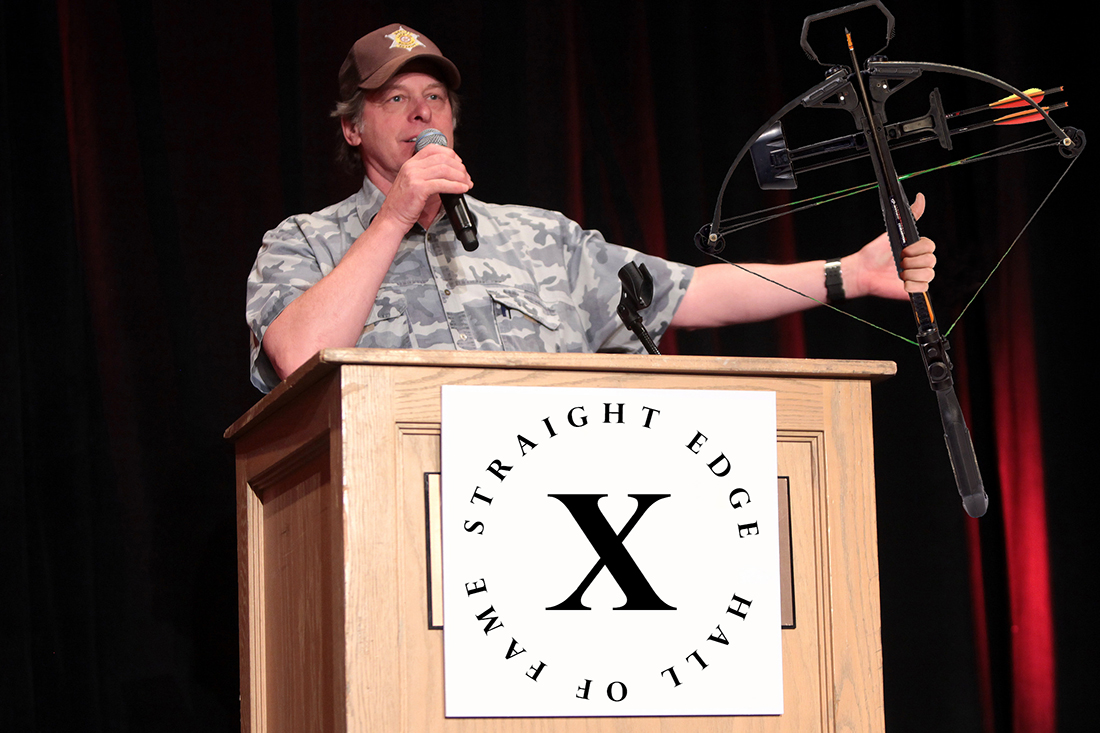 WASHINGTON – Having reviewed Ted Nugent’s stance on alcohol and drug use, committee members of the Straight Edge Hall of Fame have made the decision to formally induct Nugent despite the numberous objections from members of the straight edge community, past and present.

Matt Warnke of legendary youth crew hardcore band Bold said, “It’s time for us to speak out about this injustice – this not only threatens the reputation of the Straight Edge Hall of Fame, but threatens a positive scene.”

Aiming to quell the voices of opposition, the Straight Edge Hall of Fame issued a press release before the ceremonies, stating, “Though we have our differences in our political beliefs, attitudes about animal rights and differences in our own levels of basic human decency, we cannot deny Mr. Nugent’s commitment to abstaining from alcohol, smoking and recreational drugs. The man directly inspired Ian MacKaye, for Christ’s sake  – have you not seen those interviews?”

Despite the protests, the ceremony went ahead as planned.

Standing alongside Nugent on the ceremony stage were this year’s inductees, including members of Brotherhood, Youth of Today and Wide Awake.

“Y’all look like the types who probably voted for Barack Hussein Obama,” Nugent said to the assembled crowd.

“Your president smokes cigarettes, people – read the Second Amendment. I’m the reason y’all are even straight edge. Without me, y’all would be a bunch of dopers,” Nugent screamed into the microphone before grabbing his bow and arrow and shooting at an errant dove that had flown into the convention center.

Youth of Today singer Ray Cappo looked visibly upset during Nugent’s acceptance speech, but he was able to maintain his composure. “I don’t want to be here in the first place, then this guy comes up with a cross bow eating polar bear jerky. I have better things to do,” Cappo said right before doing a series of handstand push-ups.

Before departing on a three-wheeled motorcycle, Nugent was seen cutting the sleeves off the traditional gray crew neck given to all Straight Edge Hall of Fame inductees.