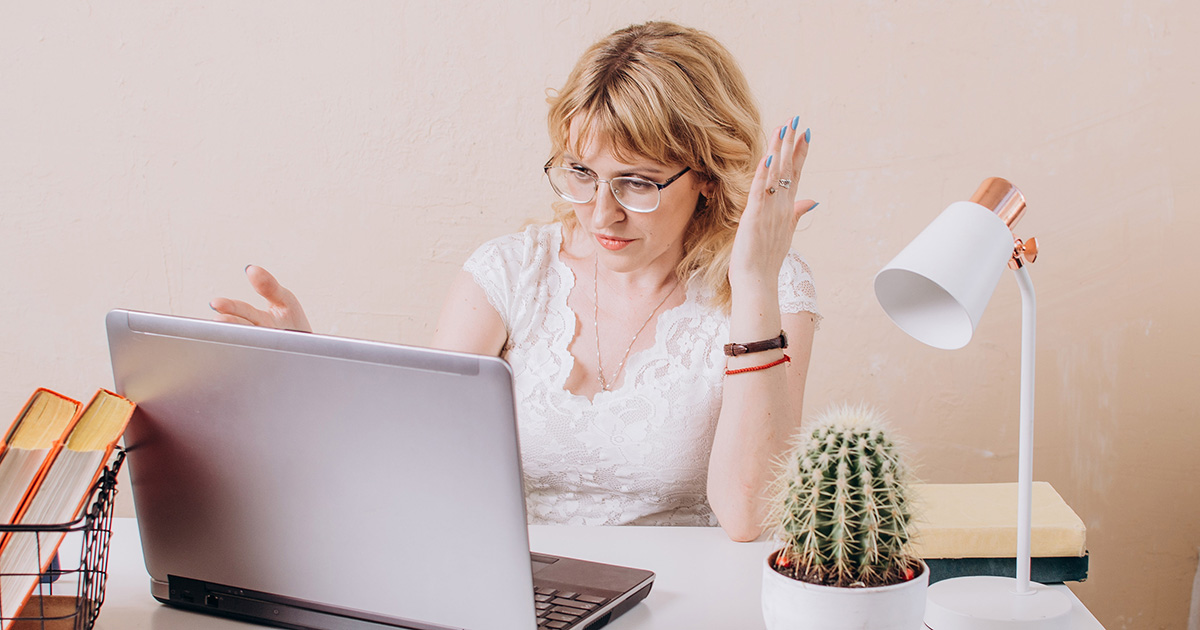 BROOKLYN, N.Y. — 45-year-old salon owner Jessica Hunter slashed her laptop with barber shears in response to an “adult contemporary” playlist recommendation given to her by music streaming service Spotify, according to sources.

“I was listening to my ‘90s mix when all of a sudden I saw an Adult Contemporary playlist appear. I just turned 45. Now I ‘might enjoy’ Wings?!” commented Hunter outside the Apple store, where she stood in line waiting to have her screen replaced. “I broke my nose at a Nine Inch Nails concert in ‘92, ok? The algorithm is total bullshit!”

Neighbors living above the salon reported hearing commotion, which they mistook for one of Hunter’s “semi-regular crying sessions or whatever she does in there on Fridays.”

“I thought she’d hurt herself, so I went down to check because she’s a little older,” said the concerned neighbor, Ariel Colon. “When I peeked inside, she was rocking back and forth on the floor, cradling her laptop and mumbling about James Taylor. I used to let her cut my bangs, but I don’t think I should now.”

Recent college graduate and Spotify’s Head of Research and Aging, Emma Greer, admitted this was not an isolated incident.

“I can’t say I’m surprised. We’ve received several complaints of violent reactions. One man punched himself in the face when Smooth Jazz came up. Another person crushed an entire iPhone in her fist. I would say more, but lawsuits are pending,” explained Greer. “Almost all Gen X-ers prefer to make their own playlists. Apparently they used things called ‘cassettes’ a while back. I hope I’m pronouncing that right, I don’t know a lot of French.”

At press time, Hunter was seen lighting an L.L. Bean mailer on fire.