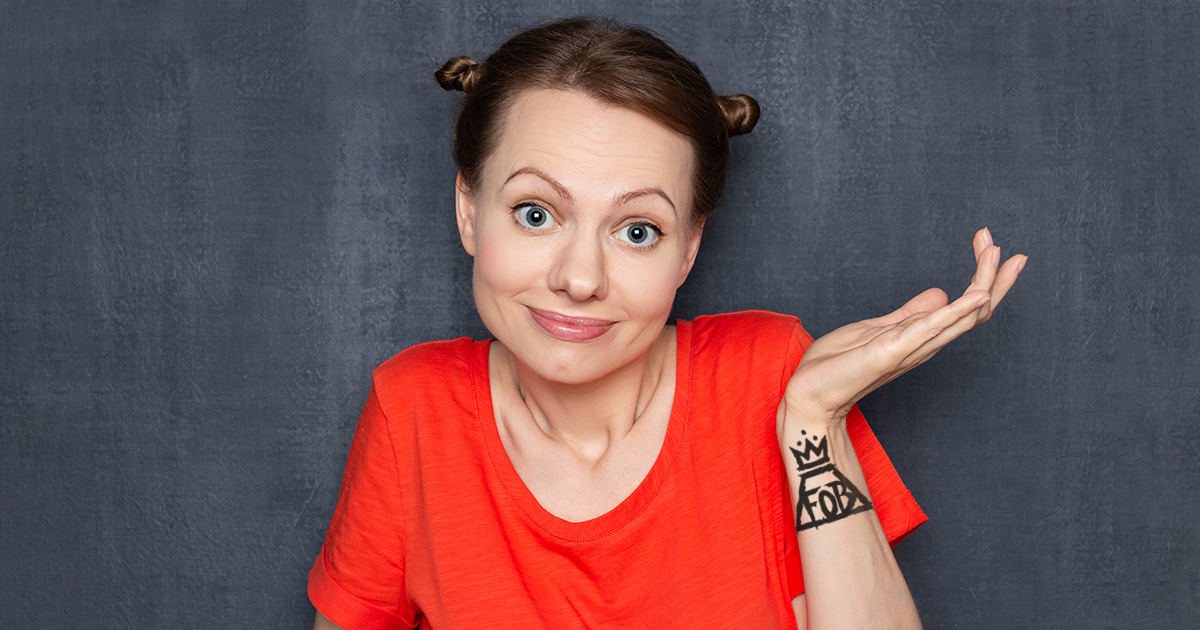 PEORIA, Ill. — Local 36-year-old Victoria Wilkins once again refused to admit to her parents that she completely regrets the Fall Out Boy tattoo she got while drunk on her 21st birthday in 2006, according to sources.

“When my parents saw this tat, they tore me a new one,” said Wilkins, referring to the five square inch “FOB” scrawled inside a blown-out trapezoid on her upper left arm. “My mom actually cried and said I’d broken her heart. I’m still riding that sweet, rebellious high, even though I haven’t listened to ‘From Under the Cork Tree’ in like ten years. If I give in and agree they were right, it could literally kill me, so I’m committed to this for life now.”

Victoria’s father, Dennis Wilkins, cannot understand why his daughter will not just admit that the tattoo was an enormous mistake.

“Tattoos are pretty mainstream these days. Hell, my buddy Jeff even got one of a big ol’ bass fish! I just wish she would get it covered up with a nice flower or something,” he said. “I know her mom and I really gave her a hard time when she got it, but we don’t care now. I mean, she’s pushing 40.”

Wilkins, who rarely wears sleeveless blouses in public and who has perfected standing casually with her right hand covering the tattoo, insisted on wearing a tube top to her parents’ anniversary party to show off her ink.

“It’s pretty ridiculous,” said Amber Beeman, Wilkins’ wife. “She wore a long-sleeve dress to our wedding specifically because she didn’t want that eyesore in the photos, but as soon as her folks are around, she’s all ‘Pete Wentz is a God!’ and ‘Emo will never die!’ I offered to get her laser removal for her birthday and I saw her eyes light up for a second, before she refused because she ‘didn’t want to give them the satisfaction.’”

At press time, Wilkins confirmed that she had just begrudgingly scheduled a touch-up appointment for the tattoo, but that immediately after, she was going to go over to her parents’ house and rub it in their dumb faces.