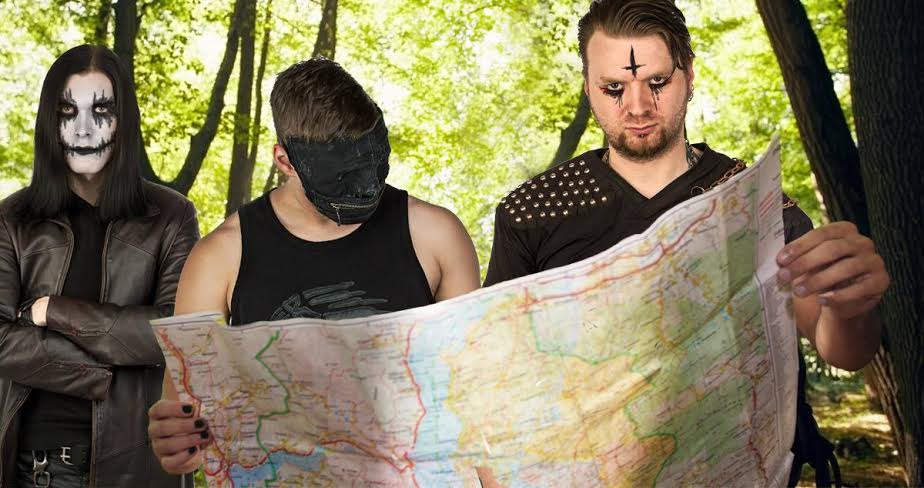 KERHONKSON, NY — Sources report a local black metal band has been missing for over 16 hours following a “totally brutal” photo session that took place deep within the heart of Minnewaska State Park.

Members of New York-based black metal band Warfarin left early yesterday morning on a mission to shoot promotional images for an upcoming EP release. Black metal — a genre noted for fast guitar picking, deep screaming vocals, and face paint — has a long tradition of band photos set in the middle of a barren wood. After the photo session, however, the band has been unable to find their way back to the photographer’s Subaru.

An anonymous source embedded with Warfarin reports a dire scene. At approximately 2 p.m. yesterday the band arrived at Minnewaska State Park and wandered deep into the forest to search for a perfect setting to convey the band’s brooding, godless image. But following a series of standard black metal poses including frowning, grimacing, and wielding a sword, the band had completely lost their bearings.

Now the sun is setting, makeup is sweating off, and tensions are high. Some members of the band point to the questionable judgement of Warfarin’s frontman, Steven Plotkin.

“Steven [Plotkin] kept insisting we go further from the car. He said it would be more authentic the deeper in the woods we went, but like, authentic to what? My mom is gonna be pissed if I can’t get home by 7 p.m. for my sister’s birthday.”

Warfarin’s drummer, Lauren Hoeffner, however, seemed relatively unfazed by the band’s woes. “I guess starving to death is a pretty metal way to go,” said Hoeffner. “I’ve always wanted to drink blood out of a skull anyways — might as well be Steve’s.”

Friends back home are beginning to worry as the band member’s haven’t shown up to other scheduled commitments. “It’s not like them to be late like this. I really hope they’re okay,” commented Jason McClue, a friend hoping to resume a long-running Dungeons & Dragons campaign with several of the band’s members this evening. “The drummer is our DM, so she kind of needs to be here.”

As of this writing, Warfarin has just completed another 4-mile loop through the medium-sized state park. Pressed for food, some members are considering building a squirrel trap from sticks, shoelaces, and a B.C. Rich Warlock.

The Hard Times will bring you more on this story as it develops.