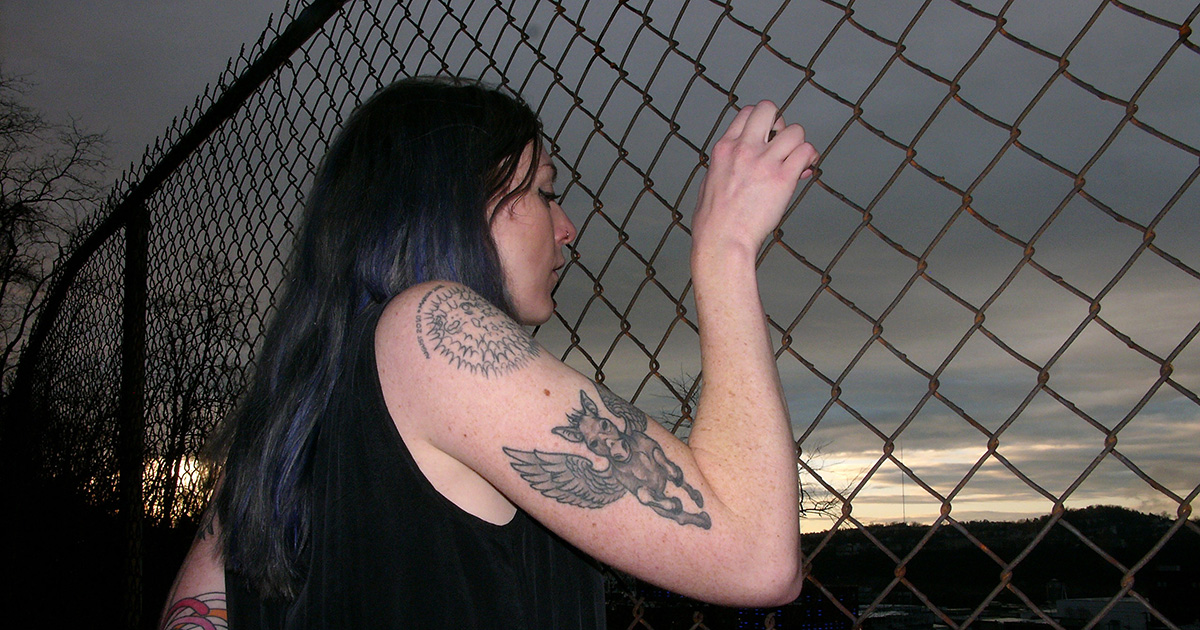 BOISE, Idaho — Local woman and lifelong punk Charlotte Birdsong came to the relieving conclusion that she does not miss a single thing about going to shows following a year in which she was prevented from attending any, sources report.

“I’ve been going to shows since I was 15. I never would have imagined a time where I’d have no desire to attend another show ever again,” the now 42-year-old Birdsong explained. “I think a lot of people used their pandemic downtime as a journey of self-discovery and to realize what isn’t working in their lives anymore. For me, I learned that standing on concrete for four hours to listen to five bands I’ve never heard of, almost getting hit by flying folding chairs, coming home covered in beer and spit, and avoiding at least five exes is just not for me anymore. It’s time to move on.”

Countless others had reached similar conclusions about their own relationships with attending live punk, hardcore, and metal shows.

“I’ve had a lot of big breakthroughs this last year, one of which being that going to shows is objectively a fucking nightmare, and I don’t have to subject myself to it any longer,” said the only non-white person seen at a show in his hometown in six years, Barry Chiu. “Navigating clueless people in any social scenario is bad enough, but doing so while being forced to listen to the most boring story of all time from some old guy who only listens to Johnny Thunders while you’re waiting to pee is just too much. Plus, I can’t afford to tear any more of my shirts or lose any more shoes.”

Relationship experts report that outgrowing toxic situations is natural and a sign of good emotional health.

“Part of emotional maturity involves assessing your relationships, determining if you get the same satisfaction from them that you once did, and adjusting accordingly. While the unpredictability of being involved in a fight with that bitch who works at Dunkin’ Donuts may have been fun at one time, it may not induce the same feelings now, and that’s OK,” said family counselor Denise Hanna. “That’s not to say that making such a change doesn’t come with its fair share of grief, but if you find yourself feeling nostalgic for the general awfulness shows once provided, you can try rewatching a TV show you didn’t like the first time, or embarrassing yourself by getting super drunk and going on Instagram live to talk shit about everyone you know. It’s all about exploration.”

At press time, no less than seven thousand men were overheard calling Birdsong a poser.