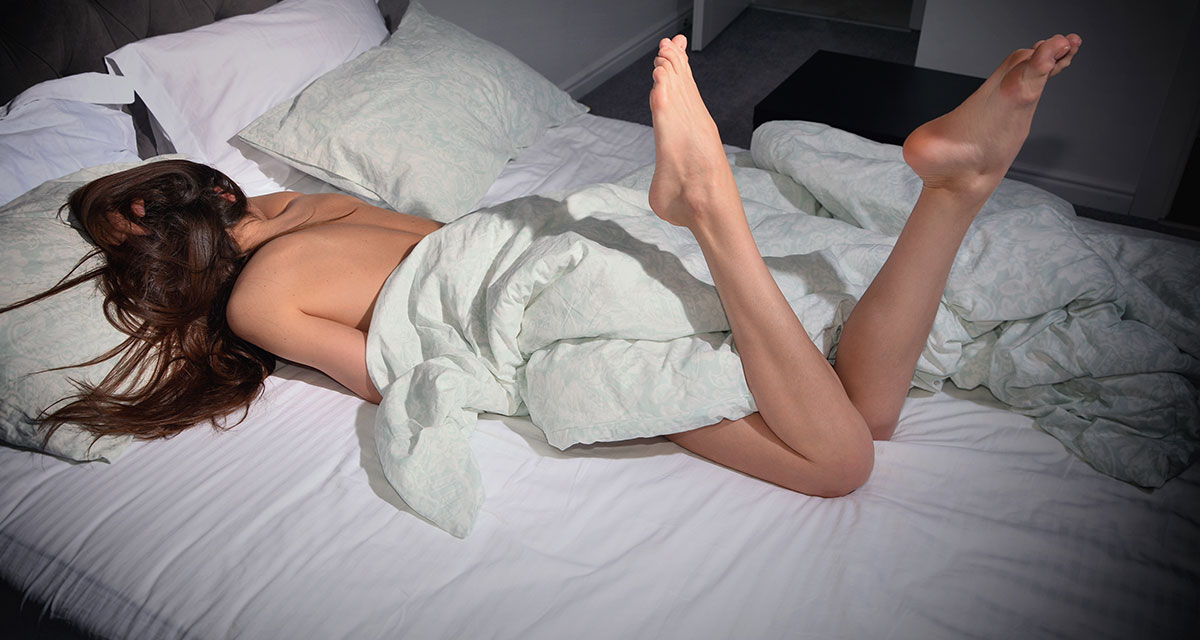 “Since this whole thing started, all I’ve seen from my guy friends has been the same dumb joke about how they’re breaking their jerkoff record while they’re stuck inside,” said Johanson while applying Bengay ointment to her wrist. “Well, I just want to let everyone know that I’ve been flicking my clit just as much as any of these dudes… probably more, even. Just today I’ve probably ‘rubbed the magic lamp’ more than these jokers have all week. That’s true equality.”

Close personal friend Alan Coster is exasperated, however, by Johanson’s constant reminders that she is self-pleasuring to unreasonable levels.

“Look, I get it. Hell, I made the same dumb joke as everyone else when this quarantine started. But she seems almost vindictive about this,” said Coster. “The other day I texted just to see if she was feeling okay, and she responded with eight eggplant emojis and a photo of what I really hope was a starfish. I really don’t care how often she’s been ‘fluffing the golden badger,’ I just want to make sure my friend is safe.”

“During these uncertain periods, it’s important for every individual to find ways to pass the time,” said Marks. “That being said, ‘slapping the sour ham’ is an activity that should be enjoyed responsibly and in moderation. Yes, isolation will certainly lend itself to excessive self-pleasure — however, it’s important to remember this is not a competition. Just because a bunch of your dumb, dick friends have been joking about ‘greasing their otters’ on Facebook doen’t mean it’s a call to action. Please, practice safe self-love out there. Carpal tunnel is real, and now is definitely not the time to be dealing with a UTI, trust me.”

At press time, Johanson was reportedly splinting her fingers with Q-tips and preparing to ‘sink the Titanic’ once again.