Where are they now? Every guy with stained sheets on Room Raiders 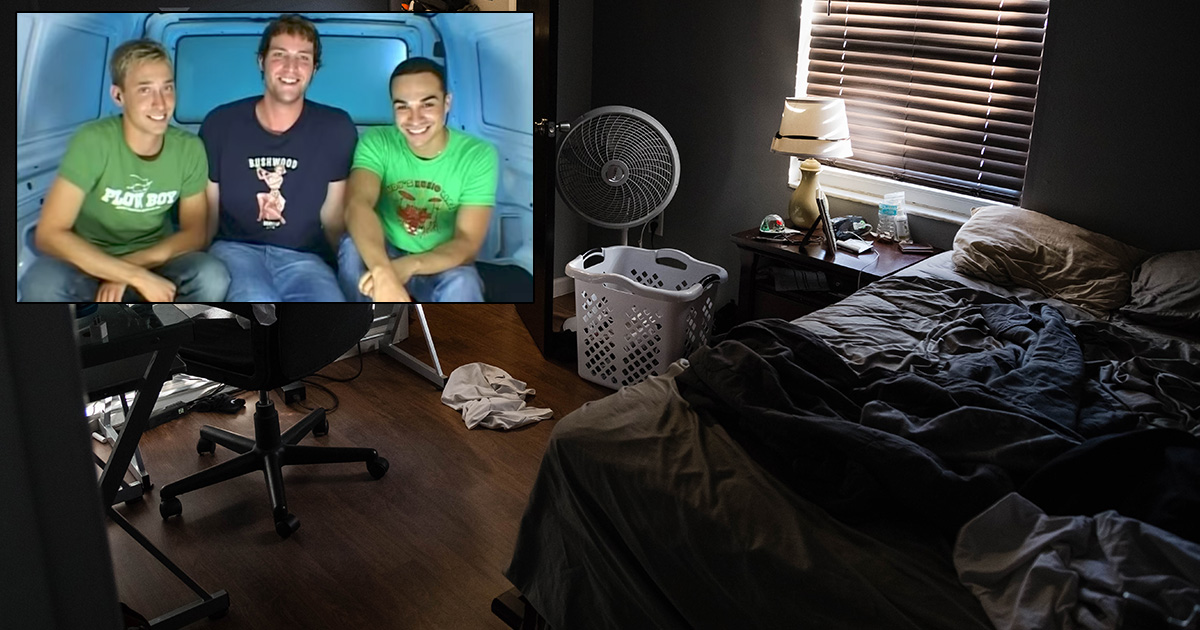 Of the 178 reality shows MTV released between 2002-2005, none of them quite popularized using a blacklight to look for semen on bed sheets like “Room Raiders.”

We recently checked in with some of those disgusting contestants to see what they’ve been up to since the show.

“Right now, I am in between jobs. Not sure if I still want to do bandaid art or buckle down and invest in my cousin’s weed dispensary for cats,” said Matt L. from season 2, episode 4. “I keep up with the other Matt from my episode. He’s a libertarian and posts memes about chemtrails. As for my stains, I had bloody stool and shit the bed a few weeks before the show because I had been drinking all night with a bunch of babes. That’s why my orange sheets had a tinge of bronze.”

Interestingly, our research found that a significant number of the “Room Raiders” contestants with stained sheets were named either Matt or Steve. While many of the Matts work in “finance,” others became comedians or at least believe they’re funny enough to do comedy. Most of the Stevens became pharmacists that skim pills from the elderly. Others, like Matt F. (s9 ep5), tried to capitalize on their fame.

“I tried to use ‘Room Raiders’ to launch my acting slash modeling career. I took some classes and was told by multiple improv teachers to keep buying classes but it never panned out for me,” said Matt F. “Now I find stuff and sell it at pawn shops. No girlfriend still but lots of options. I remember one of the other contestants named Steve had a Ninja Turtles sheet with crusty stains on April O’Neil. He’s an HR manager now.”

While many of the slovenly contestants went down divergent paths, their similarities were surprising. For instance, 10% were awaiting trial for mail fraud or had warrants for their arrests in Florida. And a shocking 55% had married and divorced women named Amber. But perhaps the least surprising fact is 100% of the contestants have yet to wash their sheets since filming the show, but all claimed they will “totally get around to it soon.”