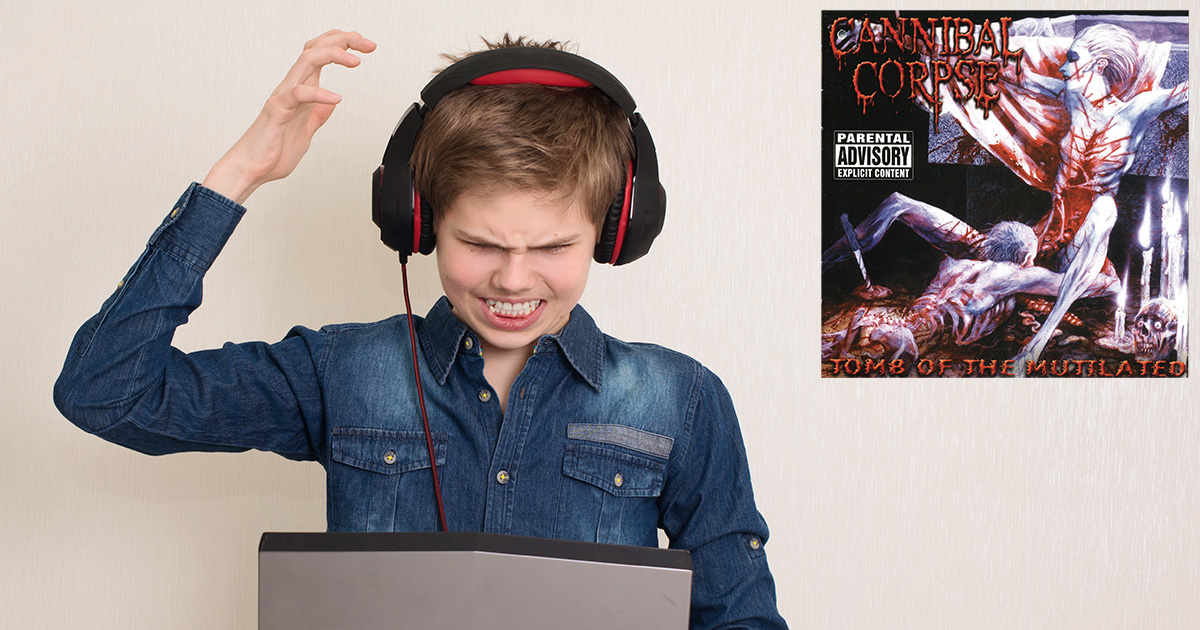 PLAINSVILLE, Iowa — Local virgin Andy Wardell grew concerned yesterday that his future sexual intercourse may resemble the acts described in any of the Cannibal Corpse songs he heard on an album his brother gave him last week.

“I’m not sure if I’m ready to make that kind of commitment,” admitted a visibly terrified Wardell. “I mean, I’m sure I’ll meet a nice girl one day, and things may get pretty serious… but is it really gonna feel like being fucked by a knife? Who’s the knife? I think it’s really not good if either of us are the knife. And what if I’m not, ya know, good at it? I don’t know if I’ll be able to make her achieve orgasm by disemboweling her and then feeding her innards to diseased rats. Maybe I just haven’t met that special someone yet — all my friends have already been with loads of sexual partners, who I assume all cum blood. Is that supposed to happen?”

However, members of Cannibal Corpse resented the denigration of their art.

“I’ve always considered our songs to be love songs,” remarked singer George “Corpsegrinder” Fisher. “They’re about joining the carnal with the spiritual: like Prince, but with serial killers. This whole debacle has really exposed how sex-negative some people can be. Culturally, I thought we’d moved past defining sex and love as being between one man and one woman — it can be between a man and a man, a woman and a woman, or a man and a woman and the parasitic necromorph baby clawing through her stomach.”

Experts in sexual health warn that death metal lyrics may not be the best source of information when it comes to sex education.

At press time, former Cannibal Corpse frontman Chris Barnes was distancing himself from the remarks made by his band’s sloppy seconds.