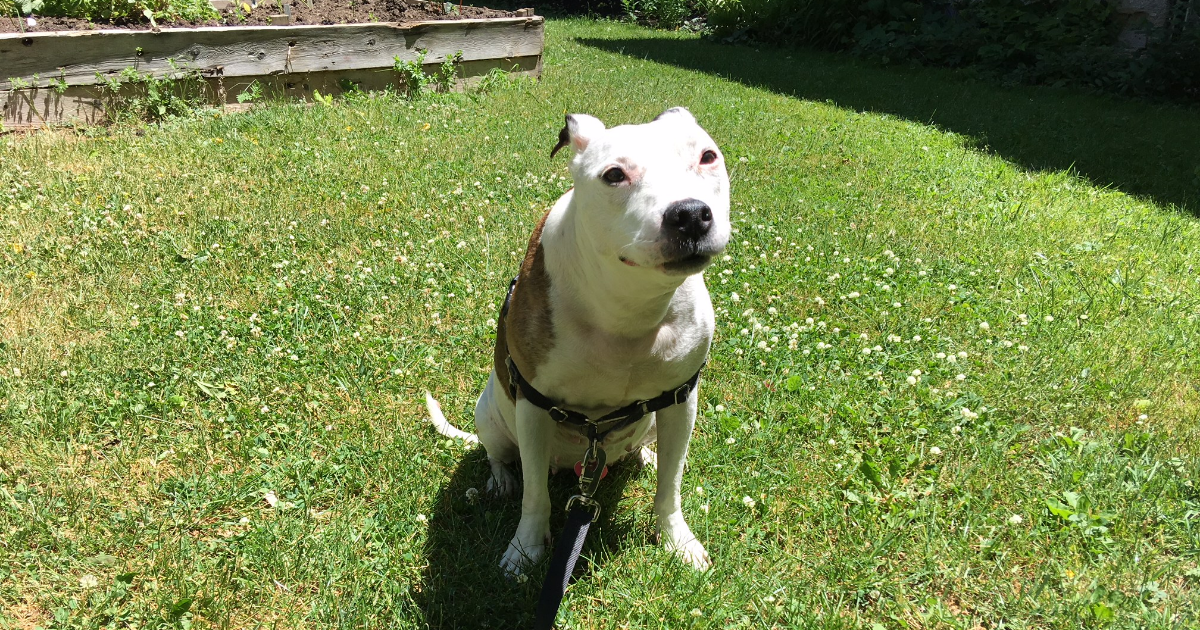 “Noodles is a very calm and docile dog who wouldn’t hurt a fly,” said owner Ashley Fort of the nine-year-old adopted pit-bull mix. “I’m absolutely certain she’d be vegan if she had the choice — like, if she never evolved from wolves or something.”

Fort, a lifelong animal rights activist and founder of plant-based dog food brand Paws for Reflection, believes her feeding practices of her carnivorous mammal are more than ethical.

“Dogs don’t have free will and stuff, which is why it’s important that someone who really knows her can decide these kinds of things,” Fort explained. “She’s a very smart dog, but, like, not smart enough to taste the difference between a Beyond Burger and a regular burger — she still begs for literally everything I eat, which she obviously wouldn’t do if she didn’t like it, right?”

As most veterinarians object to feeding pets a meat-free diet without further, conclusive research, Fort has had to change vets enough times that she now calls herself Noodles’ doctor.

“Listen, it’s basically the same thing as homeschooling or raising free range kids,” Fort stated. “People were close-minded about that stuff too at first, but they’ll come around.”

While Noodles displays no symptoms of malnutrition, frequent visitors to the neighborhood dog park fear that Noodles’ involuntary diet has affected her sense of entitlement.

“When Noodles comes, we’re always like, ‘Oh, God, here’s the vegan one,’” says dog park regular Daniel Sodhi. “I know all dogs fight over toys, but I swear, the way that Noodles does is like she thinks she’s better than the others. Like, yeah, maybe sticks are better for you than plastic squeakies, but you don’t need to rub it in my face.”

At press time, Noodles was ruining a pair of $200 faux leather loafers while on her custom-sized, reclaimed wood and upcycled fabric dog bed — without even realizing any of those details, either.