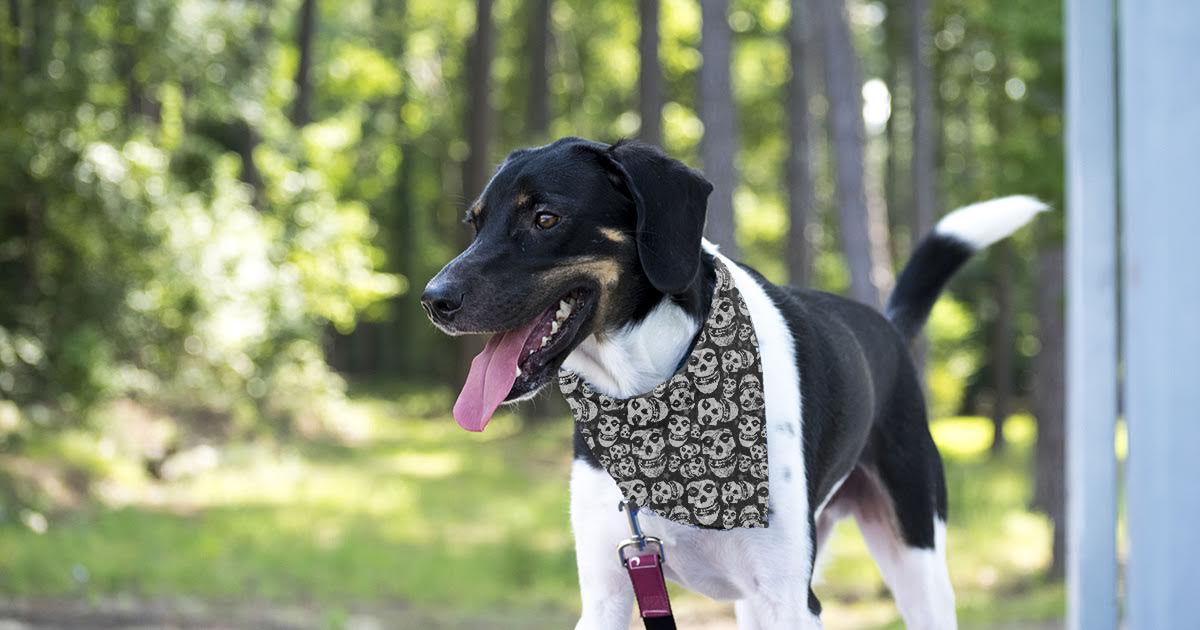 PHILADELPHIA — Local dog Scraps was completely unable to answer basic trivia questions yesterday about the seminal horror-punk band Misfits, despite wearing the band’s merchandise at a nearby dog park this past weekend, disappointed witnesses confirm.

“When I saw that dog walk by, I said, ‘Hell, yeah — that’s my favorite band!’ But when I tried to talk to him about it, he just chewed on a tennis ball like he didn’t even hear me,” said 16-year-old punk Dan Thompson who first spotted Scraps wearing the Crimson Ghost bandana. “And when I told him about the time I met Danzig, he took off after a bird. What a poser.”

Thompson and several friends cornered the dog for upwards of 20 minutes, interrogating him about his favorite Misfits albums and songs as well as Scraps’ thoughts on their current lineup.

“A lot of people out there wear Misfits gear that they buy at the mall, and have no respect for the band,” said 15-year-old Timmy Marks, who helped lead the inquisition. “We just wanted to know how he felt about Graves-era Misfits, and why we never see him at any shows. All he did was start licking his own balls… which was actually pretty punk, now that I think about it.”

“I really don’t see what the big deal is. Scraps is a dog. He doesn’t have to prove himself to some snot-nosed teenagers,” said Schmidt. “Scraps has been listening to the Misfits for the two years he’s been alive, which, in dog years, is way longer than those shitbirds have. Scraps should’ve worn his Discharge bandana. I doubt they’d even know who Discharge is.”

As Schmidt and Scraps exited the dog park, the young teens reportedly continued to harass the young canine for his perceived lack of knowledge.

“We had to get out before things escalated, so I put Scraps back on his leash and we went home,” said Schmidt. “As we walked away, I heard them scream, ‘I bet you got that bandana at Hot Topic, you dork,’ and, ‘Go listen to Top 40, asshole.’” “

While oblivious to the harassment, Scraps proved his punk cred on his way home by “pulling a GG” and eating his own shit in public.