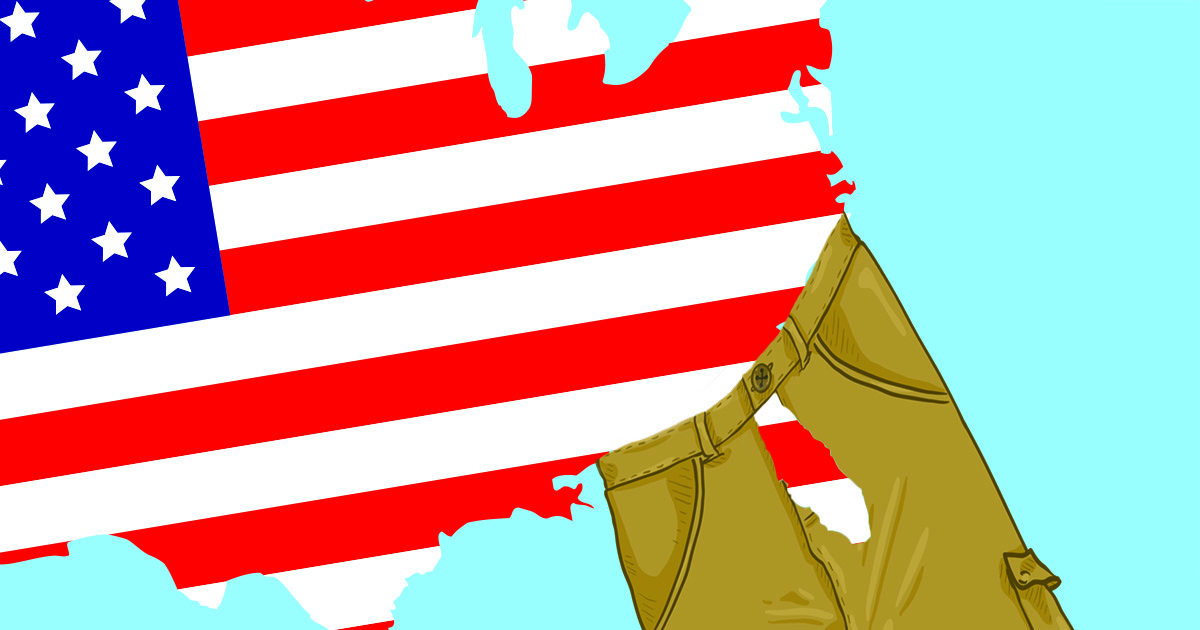 “Uhh, hey… Hi! Hi. Glad to see you all here… not that I’m imagining you all in your underwear or anything. Just wanted to say, nothing to report — November is shaping up to be one calm, non-threatening, flaccid month of normal American progress,” said Federal Election Commission chairman James E. Trainor III, who recently suggested that President Donald Trump drape a large, denim tarp over the Washington Monument. “So whatever you think you’re seeing in the news or online, it’s probably something else shaped similarly to an election that could fit into the front pocket of society.”

“I know a throbbing election when I see one, and this one is throbbing real hard. America’s huge election is practically knocking over all of the ideals it holds true,” declared Mari Donahue, who volunteers to help register elderly voters. “I think we’ll all be relieved when this election passes, but right now it’s one of the hardest we have ever seen. It’s time for us to rise up, use our mouths and our voices, and get down to business. And on the environmental side of things, we need to prepare to clean a likely massive spill of freedom in the election’s wake.”

However, some citizens around the world were excited by America’s bulbous display of democracy.

“Oooh, yeah, you naughty country, you! You like that depraved, sick electoral corruption, don’t you?” tweeted Russian Foreign Minister Sergey Lavrov, who decorated his tweets with eggplants and water sprays. “You’ve been kinkshaming Russia for decades now, but turns out you Americans are little closet freaks just like us. We don’t have a Russian word for ‘gerrymandering,’ but you better believe I bite my lip every time I hear it. Is ‘Nine Eleven’ still your safeword? Asking for a friend.”

In related news, the tobacco industry recorded record sales last month as the country prepares to enjoy a much-earned cigarette while experiencing its first hint of post-vote clarity in years.