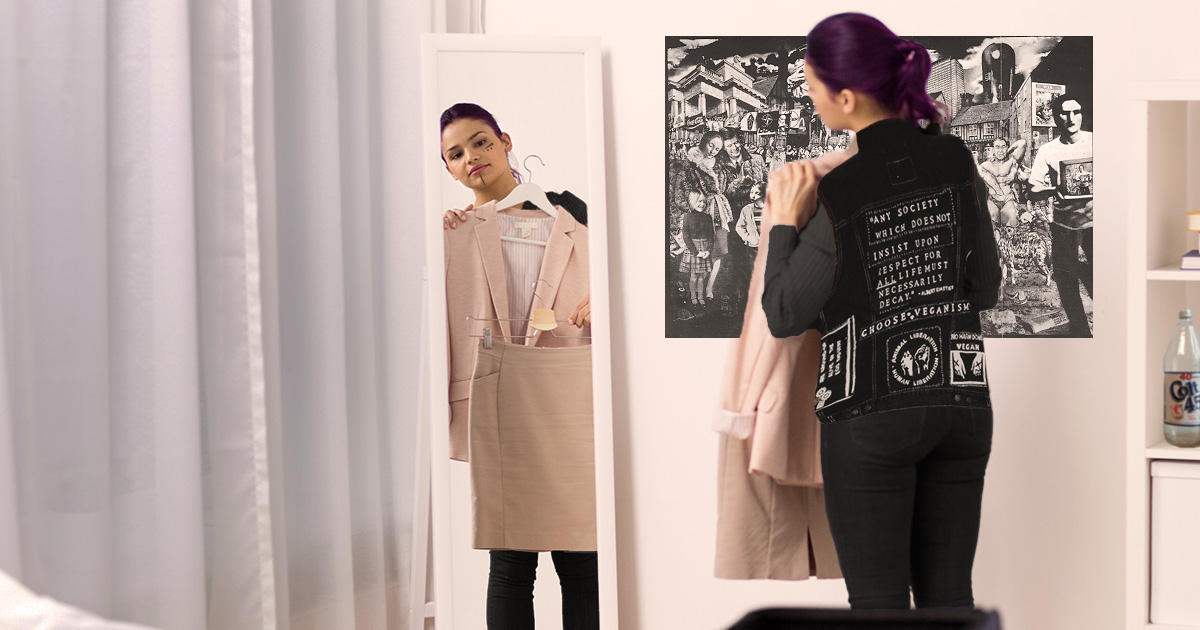 WEST SENECA, N.Y. — Legendary crust punk Selma “Pusbubble” Gormin shocked her friends and fellow squatters this morning, announcing that she was “sick of this boring shit” and is considering leaving her crusty lifestyle to lead a normal, salaried life, shocked sources confirmed.

“We scored some dust, and we were all were getting wet,” recounted Griff Halfax, one of Gormin’s 12 roommates in the squat house. “Pusbubble was bare-knuckle fighting in the basement when she took a right hook, clean to the side of her head. Everything changed in that instant.”

After the blow, Gormin reportedly stood up, stared at the light bulb, and declared that she would study actuarial sciences.

“She ran up to the attic, plugged in a Dell laptop from 2006, and sweatily started comparing various Big Ten actuarial science programs,” said Geena Fornsworth, who punched Gormin in the head moments before. “She was raving, and drooling… and apparently shopping for pantsuits on brooksbrothers.com. I don’t know how — she doesn’t even have a credit card. Or WiFi, for that matter.”

“Plus, I’m pretty sure I heard her humming along to Owl City, and at one point, the latest Ariana Grande single from the attic,” Fornsworth added. “I’ve seen friends get taken out by this kind of thing before… but I just never thought it’d happen to her. So sad.”

Bartholomew Gormin, Vice President of Global Risk Management at Citibank and Gormin’s uncle, claimed his niece could have a good chance in their intern development program.

“Selma promised me she’d shower for the interview. But I’m still a little weary about her commitment — she was calling from one of the few remaining payphones in Buffalo, and I’m pretty sure she just has a beeper,” said Mr. Gormin via conference call.

When asked for comment, Ms. Gormin, still under the influence of PCP, had just ripped out her septum piercing because it “wasn’t professional, you cunts.”