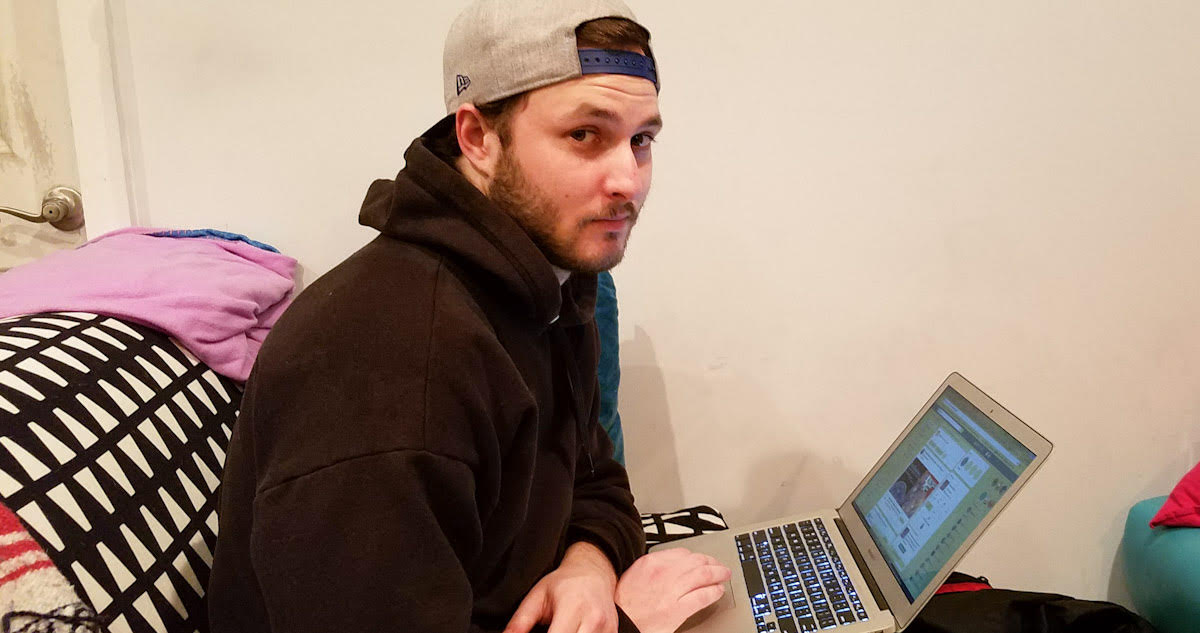 “I spent a few years on my novel. You know — getting some ideas together, scribbling out some notes… thinking about maybe starting an outline, that kind of thing. But then I thought, screenplays are the way to go,” said the 29-year-old Womack, who has never read a movie script, let alone begun the process of writing one. “There’s just a lot more money in Hollywood. With all the ideas kicking around my head, this will be like shooting fish in a barrel.”

While Womack’s girlfriend Jackie Tribble was surprised by his sudden shift in priorities, she has remained supportive.

“Yeah, Liam’s writing process can be a little mysterious, but that’s just how artists are,” said Tribble, also 29, a junior attorney at a small law firm. “He’s so secretive about his work. He’ll spend hours in his ‘home office’ — which is just our bedroom — writing on his laptop. Someday, I hope he’ll let me read something he wrote. I bet it’s great.”

Local artists have praised the change as an important step in Womack’s growth.

“Every artist needs room to try new things,” said Teresa Abney, a 35-year-old self-identified poet, playwright, and author who lives with her boyfriend, a night shift security guard at a local office park. “I changed it up plenty of times before I reached the success I enjoy today. Just last September, one of my poems appeared in a chapbook, and the Kickstarter to produce my one-act play got almost a quarter of the way to its goal. Two days ago, I found $4 in an old notebook I had under my bed. So things are looking up.”

Taking a break last night from developing his various screen plays, Womack “cleared his head” with a few hours of video games.

“I’ve always wondered who writes the dialogue in these Assassin’s Creed games,” Womack said. “I could see myself doing that on the side.”