Undercover Cop Gives Self Away by Wearing Hatebreed Shirt 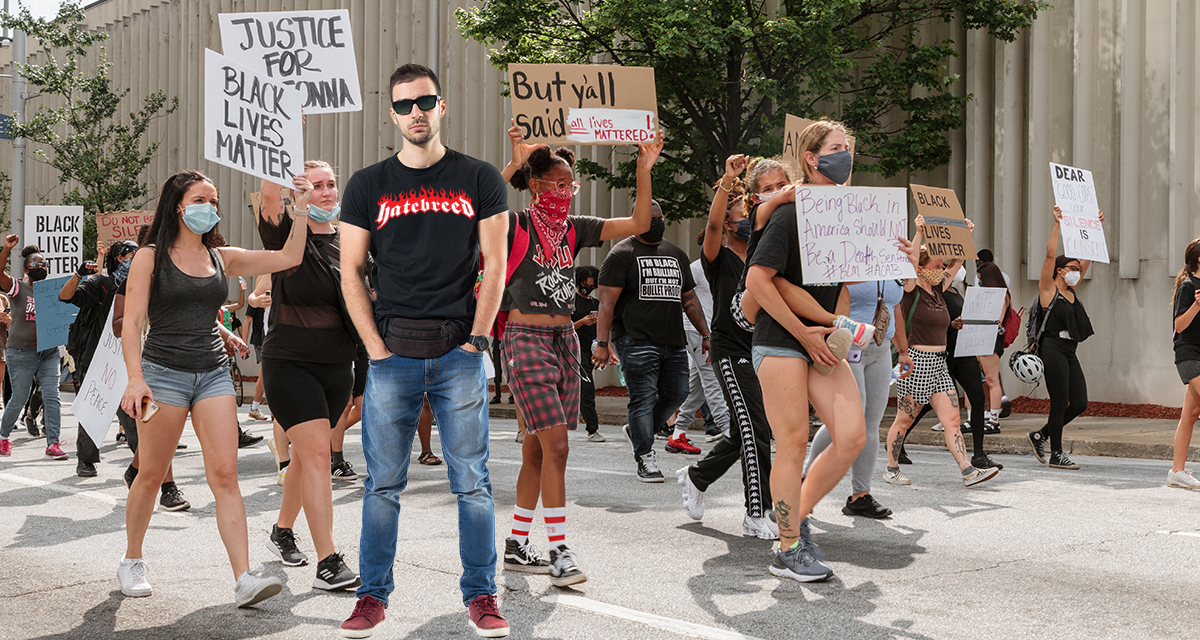 NEW YORK — Local undercover cop Daniel Cleary accidentally revealed himself as law enforcement during the protests surrounding the murder of George Floyd at the hands of police by wearing his favorite Hatebreed shirt while trying to blend in, multiple sources confirmed.

“We know the NYPD is sending undercover cops into the protests to stir shit up so they can make it easier to arrest people, but it’s almost like they aren’t even trying at this point. If you’re going to show up wearing sunglasses and a Hatebreed shirt you might as well just come in your police uniform screaming ‘I’m a fucking cop’ and ditch the charade,” said protester Andie Clements. “The fact that he was asking men that walked by if they ‘do UFC’ and then kept saying ‘Sup blood? Got any drugs?’ to any black person he saw certainly didn’t help.”

Officer Cleary believes it was a lack of coordination with other undercover cops that led to his outing.

“There is no doubt in my mind that we could have pulled this off if we had just discussed our wardrobe better, but it turns out that all 250 officers that were sent into the crowd wore the same exact Hatebreed shirt,” said Officer Cleary. “We must have all been at the same Ozzfest in 2006 when we got these shirts and didn’t even realize it, I fucking knew I should have worn my Black Label Society shirt. But I don’t care if my cover is blown, my police chief said I have a quota to meet and I still plan on punching at least 20 women, cuffing at least five black men to street poles, and pepper spraying any dogs I see.”

Protest organizers try to keep people educated on how to look out for cops during events.

“There are so many ways to tell you’re dealing with a cop. If they have an athletic build and are wearing cargo shorts — they’re a cop. If they are standing casually and have their thumbs resting on their belt buckle — they’re a cop. If they’re white and have a 75% finished tribal tattoo on their bicep — you better believe they’re a cop, or possibly just some reiki guy,” said Chloe Fischer, a community activist. “These people will often try to get you to engage in illegal behavior for the sole purpose of beating you senseless, do not fall for it.”

At press time Cleary was seen backing an unmarked police car into a group of peaceful protesters trying to flee tear gas.