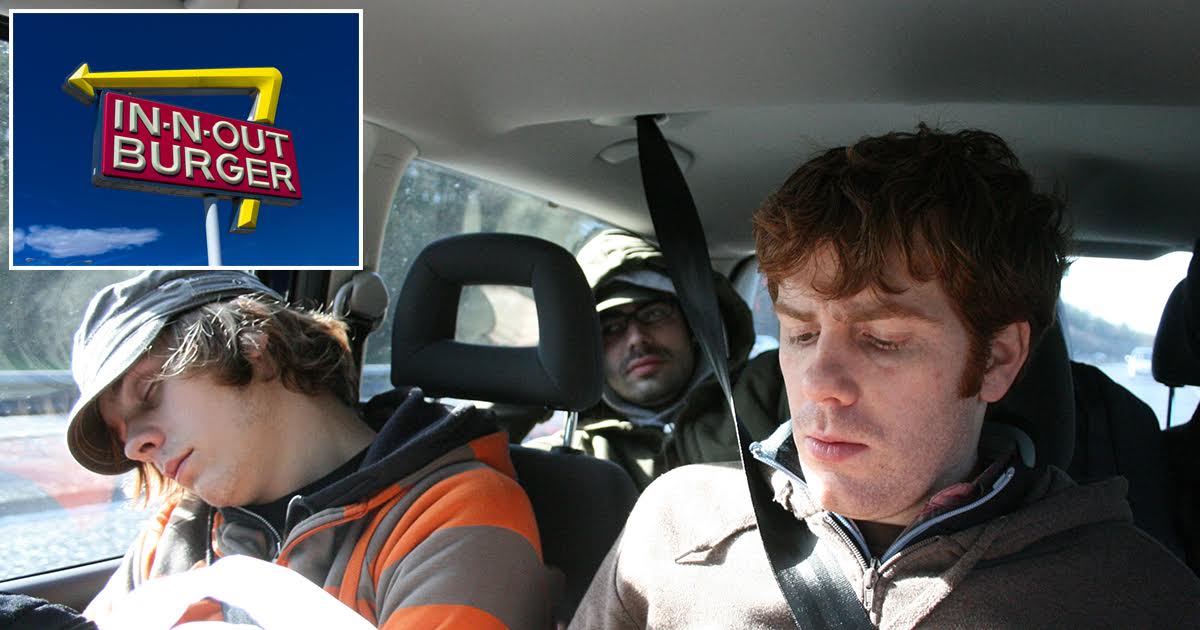 “Unless you’re Mötley Crüe and it’s like, 1987, touring absolutely sucks,” said lead singer Sam Gallagher. “But you know something? When I’m on that stage, putting my heart and soul into every note and really connecting with the audience, it still kinda sucks. All I’m thinking about is finally eating a Double-Double.”

GIFTHORSE first toured in 2013 following the release of their debut LP, but quickly realized life on the road in no way matched their expectations.

“I really thought it’d be nothing but partying, meeting girls, and playing music. But instead, all five of us sleep in the van most nights because we didn’t make enough money at the door to afford a hotel,” said guitarist Mitch Patterson. “We’ve eaten Taco Bell every night. I’m pretty sure the stink we left in that van will never come out.”

The Ohio-based band has been on a gruelling multi-city tour across the South and Southwest U.S. for the past nine weeks. But sparsely attended shows, agonizingly boring drives, and indifferent audiences have allegedly taken such a toll that GIFTHORSE is seeking motivation any way they can find it.

“Friends in other bands always tell us we’re missing out — they talk about the secret menu and the special sauce. I feel like I need to catch up,” said drummer Wilson Lopez. “If we travel this fucking far to play night after night for six idiots who never look up from their phones and I don’t get to experience something ‘animal style,’ I’m going to flip the van into a river. I swear to god. I don’t fucking care at this point.”

At press time, the band was 80 miles outside of Dallas, hitchhiking to the restaurant in Rockwall following a massive blowout on their rear tire. Sources close to the band confirm their plan is to reach the In-N-Out, enjoy their meals, and never speak to each other again.