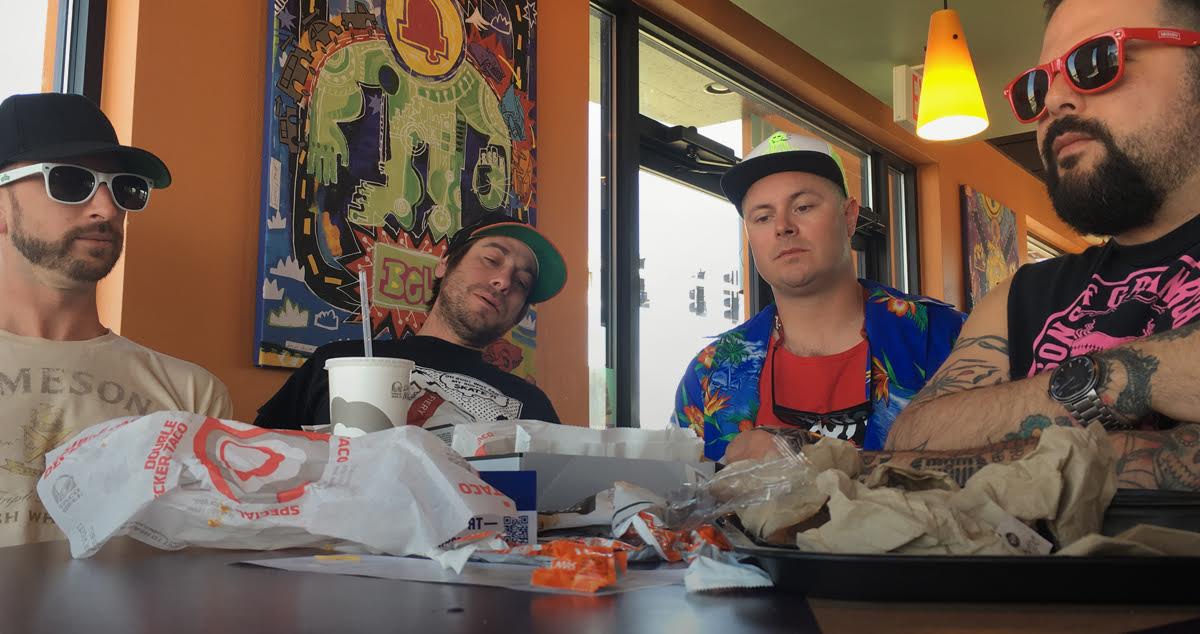 GAS CITY, Ind. — The ninth day of a Midwestern loop for touring band Kings of Ithaca was also the 15th consecutive day for each band member of dining at popular fast food chain Taco Bell, sources close to the band confirmed.

“I was so busy getting the EPs together, Taco Bell was all I had time for,” said bassist/van driver Mike Georgopoulos while one-handing a Spicy Triple-Double Crunchwrap. “So, yeah, I guess this is day 15 and counting.”

Guitarist Andre Constantine offered measured praise for the “Mexican-inspired” restaurant, citing the group’s prior history of investment in the brand.

“I mean, we already have these big-ass refill cups anyway,” said Constantine between Cheesy Gordita Crunch bites. “And the food is totally, pretty much, basically alright. I’m hungry before I eat it and not hungry after I eat it. I can’t ask for much more than that.”

Drummer Troy Meadows most recently opted for a Beefy 5-Layer Burrito, which was largely spilling out the wrong end of the tortilla into his lap.

“It’s always exactly the same everywhere we go,” said Meadows, at which point the group fell silent, slurping a collective 120 ounces of Baja Blast as the sun set on I-65.

Day nine of the tour also marked the band’s fourth day waking up in a parking lot, their eighth day without showering, and their sixth day without selling a single EP. Members of the band admitted the recent discovery of a booking error would also force them to drive across Indiana three separate times.

Georgopoulos, who drove through the night, quietly reflected on the uncertain legacy of Taco Bell in their lives. “I used to fucking love Taco Bell back in high school,” he said softly. “But now, I just take it for granted. I don’t know if I even like Taco Bell anymore. Maybe I’m changing. Their six fucking ingredients sure aren’t.”

As dawn broke on the tenth day, however, witnesses report the Kings of Ithaca tour van suddenly swerved across two lanes to catch Exit 247, to return to the Taco Bell in Crown Point.

“Breakfast is on me today, motherfuckers,” Georgopoulos fervently announced. “Not because it’s any damn good, but because I’m a touring musician, and I fucking choose this life. I choose Taco Bell.”