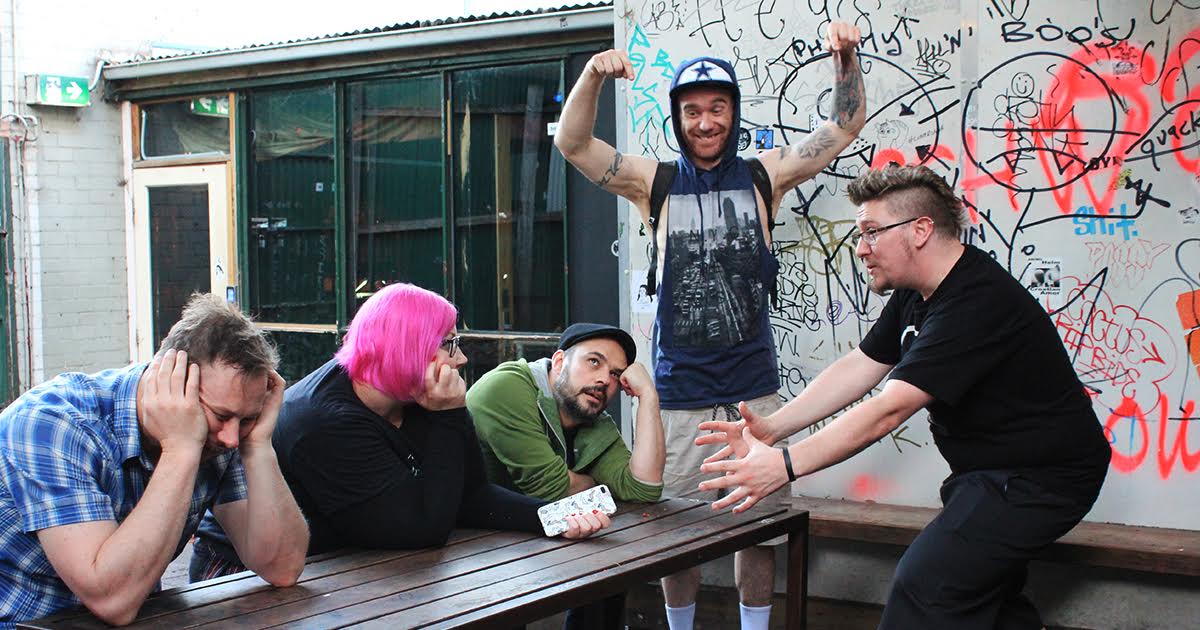 “It sounded like they had a good time, but every thing Bob described to me was some variation of burgers and fries,” recalled Lisa Trepasso, the officemate of guitarist Bob Sheppard. “Did he think I was going to get something out of this?”

Touring in the Carolinas, Georgia, Florida, and what turned out to be someone’s friend’s backyard in Tennessee, the band dabbled in classic Southern delicacies like Waffle House, Cook Out, and Krystal.

“That Southern stuff is no joke. The highs just kept getting weirder and wetter. You ever been to Steakz and Stackz? You can get a 48 oz. ribeye with a stack of blueberry pancakes for $9.99,” said lead guitarist Reggie Bick.

“I got the house special at the Big Chili, and it was served in a mini clawfoot bathtub,” added frontman Kendrick Kingsley. “It was crazy.”

However, South Carolina’s Porked Pit was the highlight for drummer Vanna Geelans. “It started pretty tame — you know, double burger with bacon, cheese fries… stuff you don’t do on a regular day, but cheaper and easier than we’re used to,” she said. “But then Bob came back with jalapeno-bacon chocolate shakes, and things got pretty kinky.”

Building off of their success, Weeping Lesion are already looking ahead toward a swing through New England early next spring.

“We’re going to be smart about the next tour, and only do what we think is an absolute must,” said Bick. “So, of course we’ll be in every town that has one of Mark Wahlberg’s burger places.”