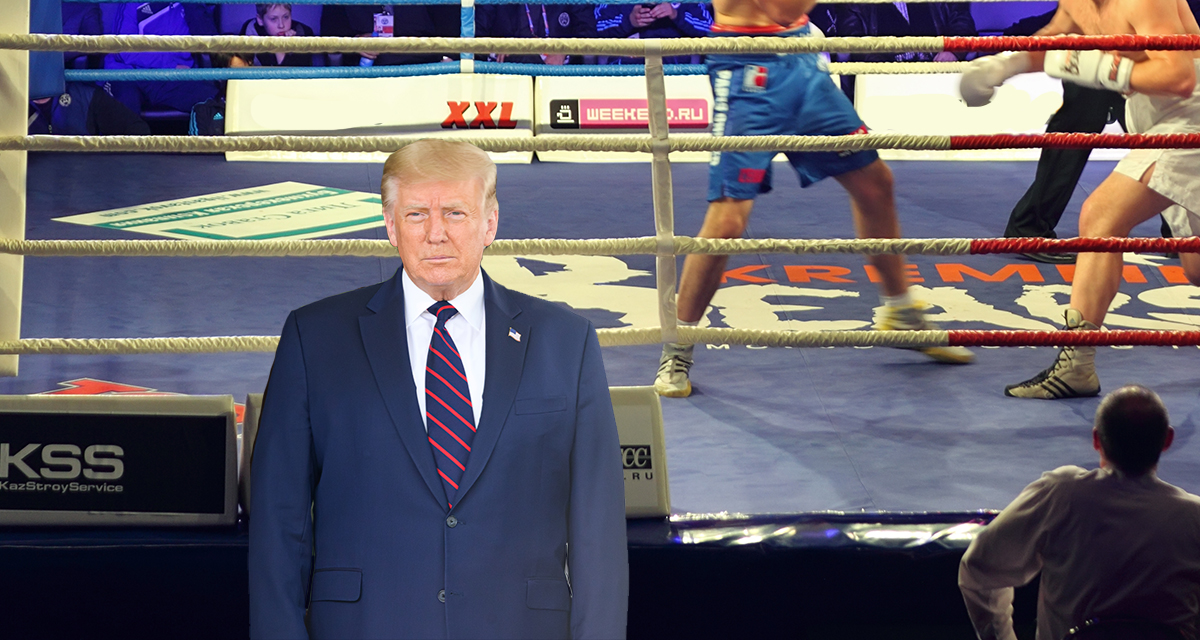 HOLLYWOOD, Fla. — Former president and disgraced for-profit university owner Donald Trump revealed that he will commemorate the brave men and women who fought during the 9/11 boxing match between Evander Holyfield and Vitor Belfort at the prestigious Hard Rock Hotel and Casino, MAGA fans who can’t wait to memorialize confirmed.

“It’s going to be a tremendous event where me and my favorite son Don Jr. will honor the first responders who will undoubtedly take care of whomever gets knocked out first. Probably Holyfield. He’s almost 60, right?” said Trump before letting an incoming call from Ted Cruz go to voicemail. “We’re also planning to celebrate the courageous men and women who selflessly stepped in to work out long enough to get into boxing shape, like Evander and that other guy. Not only that, but I plan to say a few words about the exact events that unfolded 20 years ago. You know, like how after the Twin Towers fell, Trump Tower became the tallest building in downtown Manhattan by default. Overall, it was a great day for me, personally.”

Fans of boxing and Republican administrations are pumped up for the otherwise tragic day.

“This combines everything I love: 9/11, the 45th president, and men fist-fighting for my entertainment,” said conservative blogger Jake Thornwell. “Also, the Pay-Per-View fight is only $49.99, which just so happens to be the exact amount of money I always set aside annually for my 9/11 memorial budget. Last year I bought 50 bucks worth of Budweiser beers because they had American flags on each can. It’s like I always say. The best way to never forget is to get blackout drunk!”

Experts weighed in on the bizarre move from the ex-president.

“Everyone has their own unique coping mechanisms when dealing with tragedies,” said psychologist Gwendolyn Armstrength. “For instance, some people are attending a 9/11 memorial service in New York City; George W. Bush will paint a few pieces of weird art commemorating the day; and Trump is going to talk shit live on air about how the 2020 election was rigged. We just have to understand we’re all coming from different places.”

At press time, Trump announced that he will also provide commentary on an upcoming WWE wrestling match to commemorate the men and women who fought to defend our country by attacking our country on January 6, 2021.