Trump Disappointed He Has No TV to Catch up On 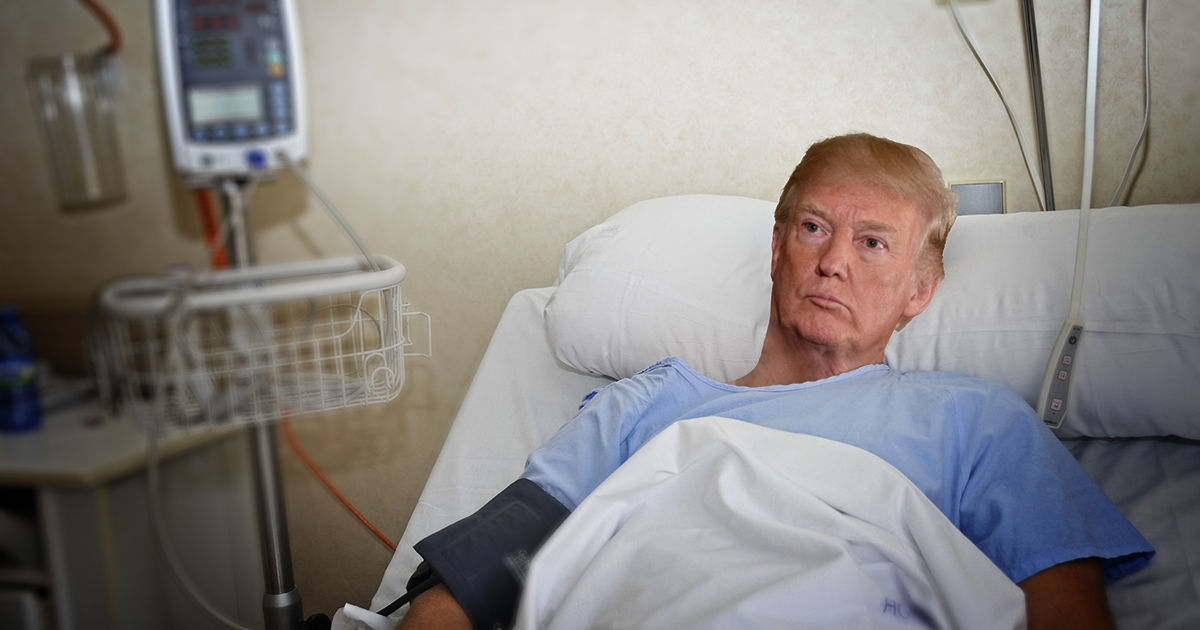 WASHINGTON — President Trump expressed disappointment early Friday morning at being all caught up on his favorite TV shows following doctor’s orders to quarantine for the next two weeks, sources safely distanced from the president confirm.

“It’s times like this that you want to just kick back and veg’ out in front of the tube,” said Trump, who previously stayed glued to the television as much as his responsibilities as leader of the free world would allow. “But I practically binged the last news cycle in one sitting. ‘Hannity’ doesn’t have a new episode until tonight, and ‘Fox & Friends’ doesn’t come on until even later than that. What am I supposed to do in the meantime, talk to Melania? This is only the first day of quarantine and already we’ve broken our record for most consecutive time spent together.”

“They took ‘Gone With The Wind’ off of HBO MAX, for Christ’s sake. People have told me to try ‘Game Of Thrones,’ or fiction in general, but it’s just too hard to imagine a world that isn’t about me. Man, the first ten minutes of SNL can’t come back soon enough,” Trump added.

Cable news programs that frequently feature Trump as a guest are bracing to receive the president’s undivided attention.

“I’ve already had so many missed calls from him it’s crazy,” said Fox News producer Stuart Bradford. “He’s even started sending texts like, ‘‘Sup? Need a ratings boost?’ This dude is thirsty. It’s like, what is the fixation with TV? You already have a direct line to your people to say whatever you want at any time. Jesus Christ. I used to wonder, ‘Doesn’t this guy have anything better to do?’ And now I know for sure that he doesn’t. We are so fucked.”

Those close to the president are confident he will pass his quarantine period comfortably.

“This is really nothing new for him,” said head Secret Service agent Paul Chatham. “He can go days at a time without any contact. Let’s just say President Trump is already accustomed to the Howard Hughes lifestyle, if you know what I mean. But Hughes at least used jars. I really feel bad for the cleaning staff.”

At press time, Trump had perked up when he remembered all of his favorite shows were running live on one channel, twenty-four hours a day.