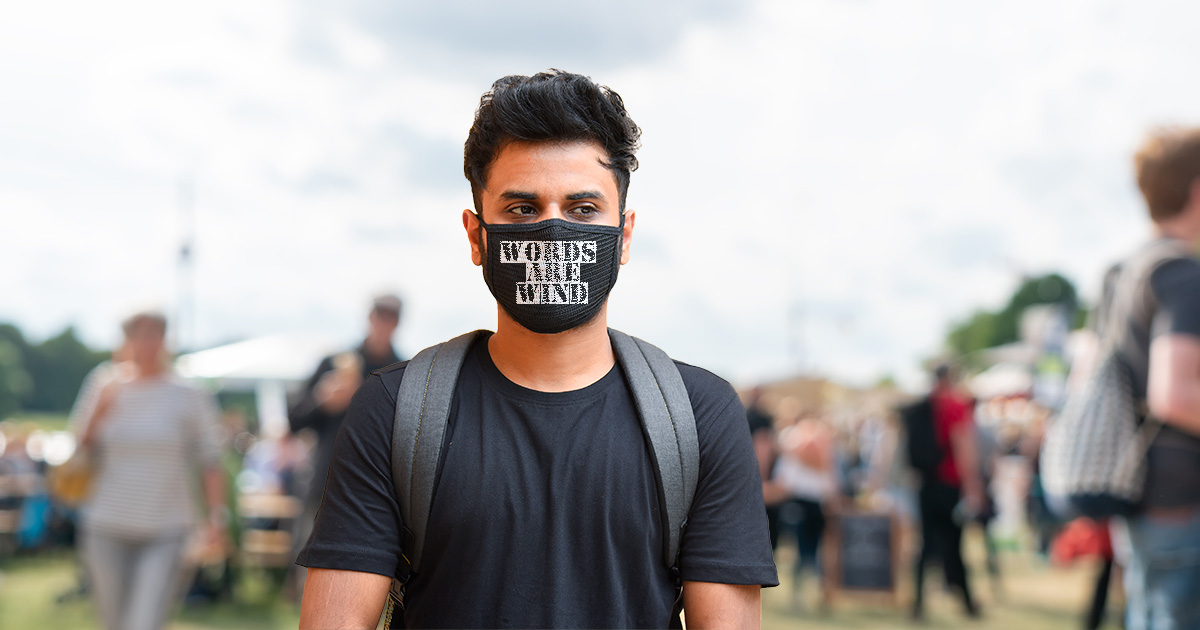 “I just wanted to support the band I like — I didn’t know there was some unwritten ‘mask rule.’ [Dr. Anthony] Fauci hasn’t said a single word about this,” Hartley explained, his cloth Words Are Wind mask soaking up his poser tears. “Now everyone’s telling me that you have to wear the mask of an adjacent band, or some old school band. But most people here just cut up their patched denim jacket to make their mask, and it looks incredibly uncomfortable.”

Words Are Wind frontman Frank Ray published a lengthy essay on Medium to weigh in after the story went viral.

“Look, at the end of the day, if Kyle Hartley considers himself a fan of my band, then you know what? I need him to stop. We can’t be associated with loser supporters like that,” Ray said. “When we first decided to start doing shows again, our big worry was that we were exposing our fans to a deadly virus that could kill them or their loved ones. We did not realize we would also be exposing them to total fucking dweebs like Kyle. As of today, we are canceling all future shows out of concern for the safety of our community.”

According to epidemiologist Dr. Blair Mitchell, this may be a growing issue as the COVID-19 epidemic continues.

“Many people are not expecting a wave two of coronavirus, and are not properly preparing themselves for the onslaught of totally lame-ass shit coming to them,” Dr. Mitchell noted. “We need to stay vigilant, because this is not over yet — we need to be ready for non-socially distant crowd killing, guys nursing a beer for three hours and then accidentally pouring it on their mask, and worst of all, cringey stage banter that bombs even harder because it’s outdoors.”

“In Europe, they figured this out and they’re moving on,” she added. “They did Zoom acoustic shows for a few months, and now they’re sweating all over each other in basements like God intended. In the U.S., however, we’re in for losers like Kyle Hartley until potentially mid-2021.”

At press time, a confused and frustrated Hartley vowed to just not wear a mask to the next show he attends.