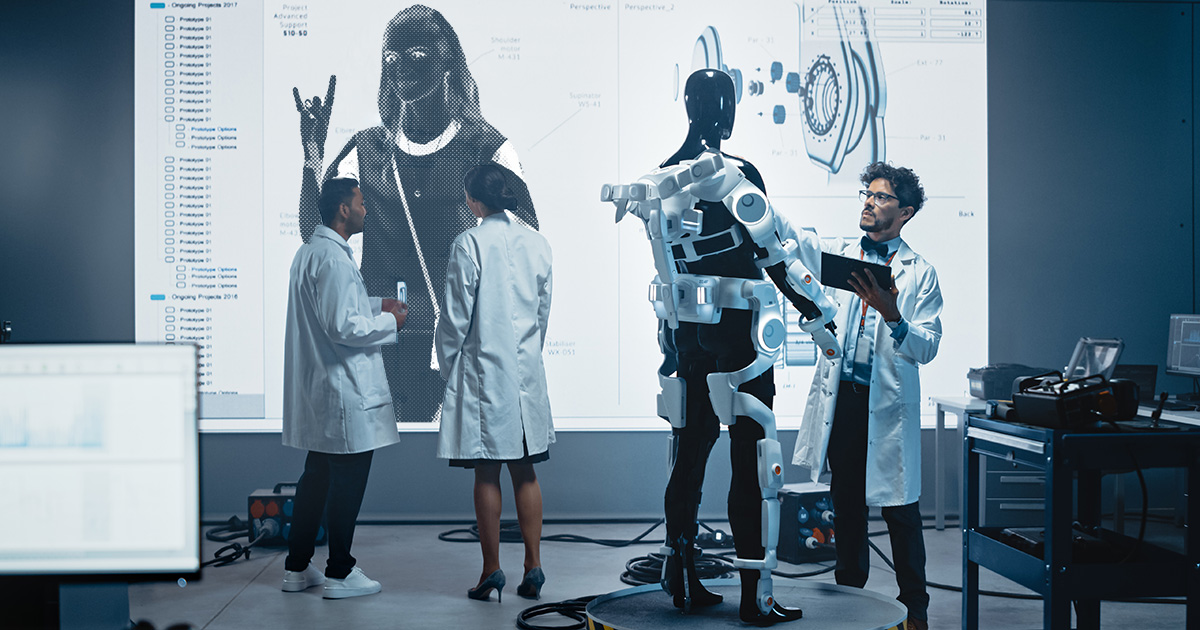 PALO ALTO, Calif. — Scientists for Tesla’s robotics team have reported that recent requests from senior management indicate that they are more than likely being instructed to build a new girlfriend for CEO Elon Musk.

“Out of nowhere, top brass drops this memo on us saying we’re supposed to stop everything and work on something they’re calling the Cybernetic Living Artificial Intelligence Robotic Eros project, or C.L.A.I.R.E for short,” noted confused scientist Bryan Henderson. “Plus, we’re getting all these questions and requests for updates from Elon himself, like: ‘can it have a French-Canadian accent?’ or ‘can we give the voice a lisp?’ I didn’t think much of it until he asked about its ability to play synth-pop. By that point, I started to put two and two together.”

Officials for Tesla have dismissed the rumors of Musk using his company to build a replacement for Grimes as ‘the woke media picking on a successful and outspoken CEO’ again.”

“Is this a serious question? Just take a look at Mr. Musk and ask me again if he needs to build his own girlfriend,” a spokesperson for Tesla remarked. “Perhaps there might be some similarities between Ms. Boucher and Project CLAIRE, but I assure you those are merely coincidental. Even if they weren’t, it doesn’t necessarily mean he’s building a sex robot! That’s just ridiculous, ok? Maybe he just found Grimes to be interesting and thought everyone else would too. Elon Musk can have any entity he wants! Understand?”

Financial analysts and other observers have been at a loss for how the latest development from the sometimes controversial company will affect its long-term financial standing.

“Tesla stock has been known to move based on Musk’s actions and tweets, but with this, we’re just in completely uncharted territory,” said Wired’s Jason Higgins. “I guess if anyone had the means and mentality to build themselves a robotic partner it would be him, so this kind of tracks. But at the same time, potential investors might be put off by what’s essentially nothing more than a high-tech blow-up doll. So, I guess what I’m saying is I have no fucking idea what exactly is happening here.”

Higgins closed by stating that in the worst-case scenario, Musk could “probably just sell the robot to Kayne West or something.”