Teen Tagging Overpass with Anarchy Symbol Must be Home by 6 p.m. or Else 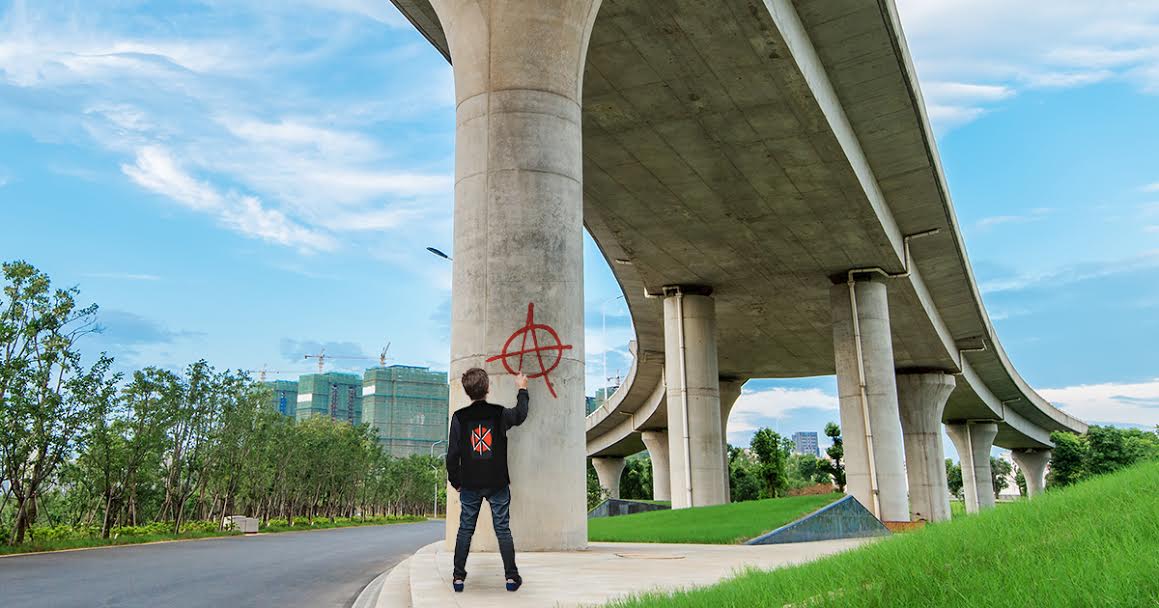 “Society just, like, wants to control us, or whatever,” Christian said, trying not to cough while puffing on the second cigarette of his life. “I’m not going to be a cog in, like, the machine. Wearing a corporate noose and stuff.”

By 5:45pm, the “stone-cold bad motherfucker” began to panic that he’d be late for dinner and raced home.

“My mother will totally kill me if I’m late again. Besides, It’s taco night,” said Christian after spraying his mouth with stolen Binaca. “If I’m late again, she’ll take away my computer for a week, which would totally blow.”

When reached for comment, mother Laura-Anne Christian confirmed the importance of being home in time for dinner.

“I know now that he’s 13, he thinks he knows everything, but if he can’t follow the rules of this house he will have to pay the consequences,” said Mrs. Christian from her modest mid-century home. “When he got a D in history class, we made him take out the garbage every week. If he thinks making us wait to eat dinner as a family will be tolerated, he has another thing coming.”

Unfortunately for the “no-fucks-given rebel” who still sleeps with a night light, a Haddonfield Township police officer later identified Christian as the graffiti vandal.

“Several shop owners in the neighborhood pointed him out, and after several minutes of questioning, I gently placed the child in my squad car and drove him home,” said patrol officer Thomas Burke. “I let him off with just a warning — he was crying so much already, it was honestly really pathetic. I told him if I ever catch him again I’ll tell his father, and he knows I will — we golf together through the same Rotary Club.”