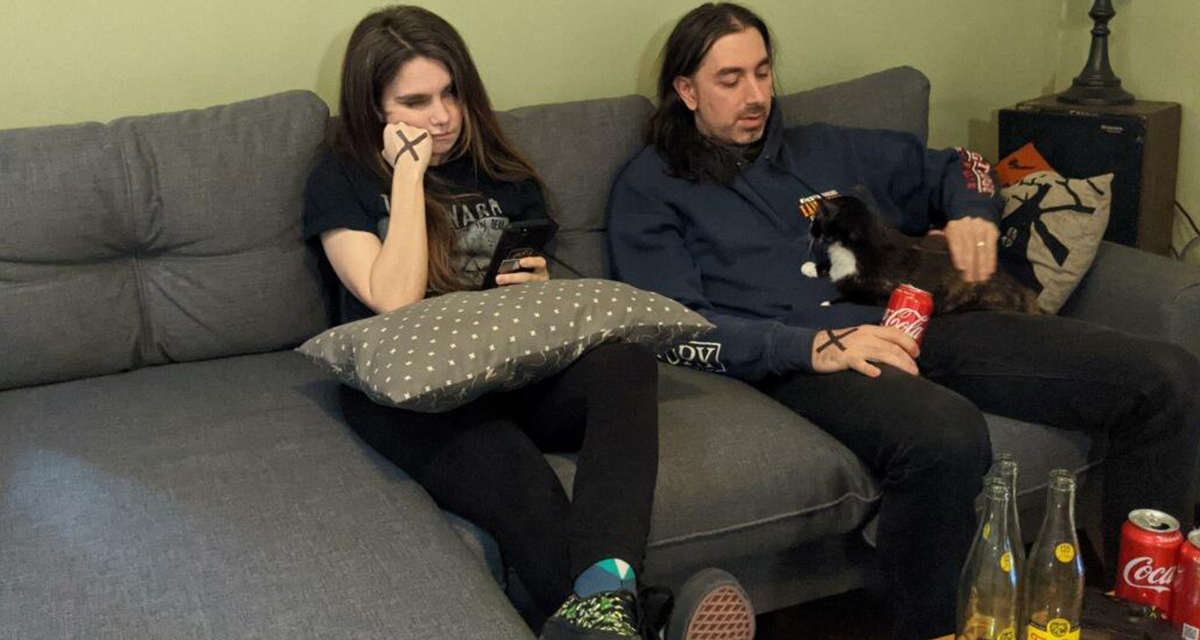 “Being straight edge really makes things easy for us, because all our friends know not to invite us anywhere since the answer is always a polite, but stern ‘no,’” said Enders while freshening up the Xs on her hands. “I know a lot of people are struggling because they can’t celebrate with the people they love, but we haven’t had any disruptions of our New Year’s Eve traditions. First, we order takeout from a vegan Thai place, then we take pictures of the cats wearing funny hats, and wrap up the night by texting a few friends ‘Happy New Year’ around 8:30 because we know we’re going to fall asleep soon.”

Friends of the poison-free couple admit they are slightly jealous of how Enders and Lewis have navigated the pandemic.

“I know those two want this pandemic to be over, but I also know that deep down they don’t want to go back to socializing the way people did before the virus,” said longtime friend, and edge breaking sellout, Devin Clifford. “They haven’t been dragged to a retro bowling alley for a birthday party all year, and you can tell they love it. Nobody has been able to do drunken close-talk where they say, ‘It’s so cool you don’t drink,’ and I don’t know if that’s really a world they want to return to. Zoom hangouts are so much easier to bail out of than actual parties because they can just text, ‘Hey, sorry. Our internet is acting weird,’ and then go back to re-watching ‘New Girl’ on Netflix again.”

Local health officials are using the straight edge couple as an example for the rest of the community in hopes of keeping the virus from spreading.

“Just look at those two — they seem happy enough. They don’t go out, they don’t want to go out. Follow their lead,” said Dr. Amy Keppar. “After we’re all vaccinated we can go back to getting so fucked up that we need to seek medical attention. But for now, let’s all be a little bit straight edge and make our friends feel bad for trying to have a bit of fun and blow off steam.”

At press time, the couple’s New Year’s resolution of “be less judgemental” is already being challenged after five minutes of scrolling through Instagram.