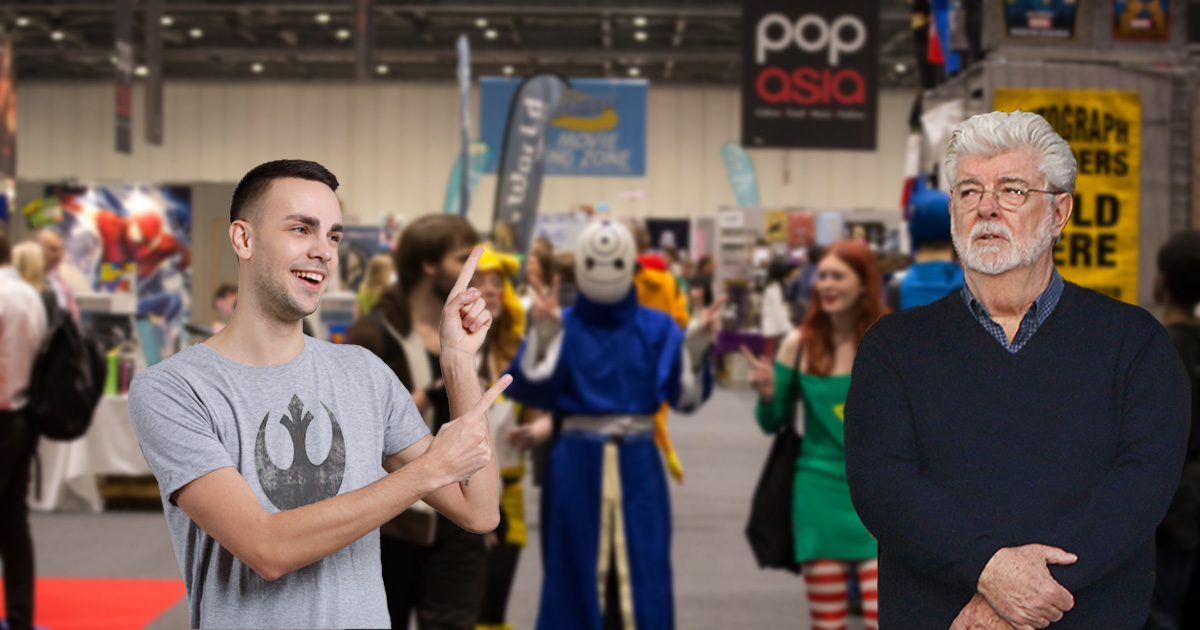 “I’ve sent countless letters, emails, and made dozens of phone calls, but no one put me through to the man himself,” Eaton stated. “The closest I came was at a Q&A at a convention, but they had security throw me out. I don’t know why everyone acts like this is a pathological obsession or bizarre behavior. Chewie is naked in all his appearances, so there’s no way anyone who’s ever watched the movies hasn’t asked themselves how big or small that Wookiee dong is. The people have a right to know.”

Friends of Eaton noted that his quest to determine the size of Chewie’s dong has consumed his life.

“All of us are getting pretty worried about Jon,” noted now ex-girlfriend Sarah Klein. “Initially it was kind of funny to shoot the shit about the personal lives of Stars Wars characters. Like whether or not the Ewoks get huge, clumping dingleberries, or if Max Rebo uses his long trunk for autoerotic asphyxiation, but Jon’s taken it way too far. I told him he needed to get help and he insisted it was just natural curiosity. Right before I kicked him out of the apartment, I checked his Google search history and it was all variations of ‘Chewbacca penis size,’ and ‘die from sadness.’”

While Lucas himself was not available for comment, a representative for Lucasfilm did speak on the director’s behalf.

“We’re well aware of Mr. Eaton’s demands for information on the genitalia of one of our characters, and at this time have no further comment,” the representative said. “There are plenty of books and websites that are official Star Wars canon that provide a wealth of information about the biology of the various alien races within the Star Wars Universe that may be of assistance to Mr. Eaton. We’d also like to point out that these are intended to be family films and therefore we never gave much thought to the sexual organs of each individual character.”

At press time, Eaton was writing a letter to his local congressman demanding that they pass a law forcing LucasFilm to reveal whether or not Jabba the Hutt has a gag reflex.