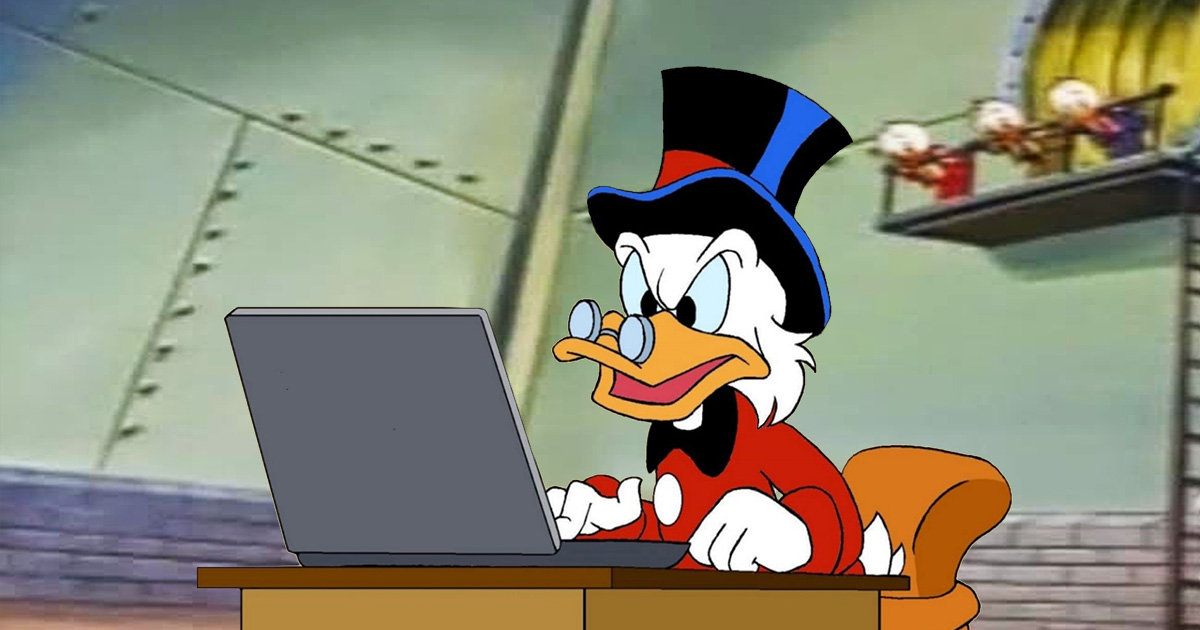 DUCKBURG, Calisota — Multi-billionaire businessfowl Scrooge McDuck is questioning his decision to convert his wealth to cryptocurrency after realizing he would not be able to swim in digital coins, sources close to the vulture capitalist confirmed.

“I took my nine impossibidillion dollars and put it all into Bitcoin, and within days I had already made an additional five multiplujillion without doing a thing,” said McDuck while gazing longingly at an empty vault that once contained thousands of gold coins. “Don’t get me wrong, I love the fact I’m making money, but if I can’t swim around in my earnings and squirt coins out of my mouth like a fountain then none of this seems worth it. I want to show that son of a flightless bird Flintheart Glomgold that he’s always going to be number two, but it’s tougher when I’m just sending him screenshots of a digital wallet.”

McDuck’s nephew Louie Duck claimed he was the one that introduced his wealthy uncle to cryptocurrency.

“My uncle is a shrewd businessman but he always made his money the old fashioned way. When I explained to him how valuable Bitcoin could potentially be, his bill spun around his head three times and then his eyes turned into money symbols and started making a ‘cha ching’ sound,” said Duck while shopping for another green hat and shirt combo. “I’ve been working with Huey and Dewey to launch our own crypto, and having Uncle McDuck fully on board with digital currency could actually make this a reality. If this goes right, then we will finally be able to buy a pair of pants.”

Self-proclaimed cryptocurrency expert Tyler Samuelson said that the inability to flaunt digital wealth is one of the biggest drawbacks of Bitcoin.

“Scrooge McDuck is not alone in his desire to rub his immense wealth in the face of his rivals. Sure, you can buy a ton of NFTs for millions of dollars, but nobody gives a shit about glorified JPEG files,” said Samuelson. “The best thing McDuck can do with his digital fortune is anonymously spend it on the dark web to hire hackers and assassins to take out his enemies. It’s what Elon Musk and Jeff Bezos do every single day.”