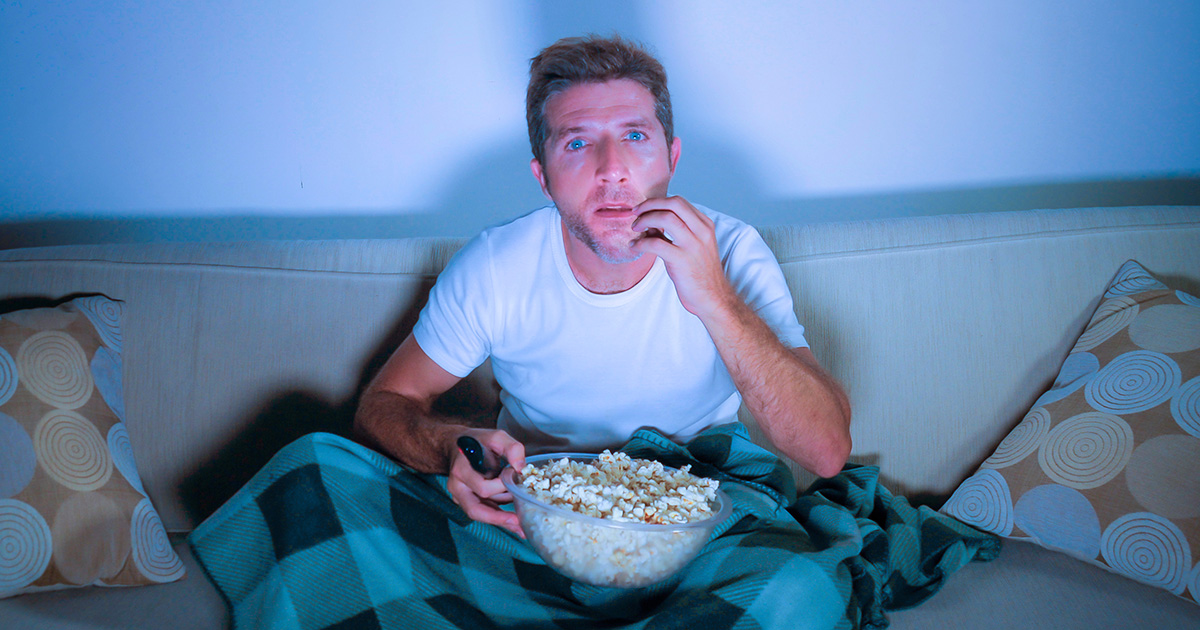 “I know Ian thought I wouldn’t notice, but I saw the quick raise of the hand just in front of his upper lip,” recounted roommate Danny Alvarez, who regularly douses communal areas of the apartment with Lysol. “He jerked his head back slightly, blinked a few times in rapid succession, and then made a sound like he had just been punched in the stomach — that finger has explored truly demonic regions. But before I could rip the bowl away, he was wrist-deep in popcorn I just microwaved. To make matters worse, he licked the finger after the first grab. If it weren’t for Coronavirus, I would’ve moved out months ago.”

Vernor has long terrorized those around him with his oblivious, revolting habits.

“I live with a bunch of Type-A germaphobe wackos who think if you drop raw chicken on the floor, you’ll die if you don’t clean it. So what if I sniff my finger? Just because it kinda stinks doesn’t mean it’s like, dirty,” declared Vernor while breathing loudly and fervently through his mouth. “One of them even had a ‘serious’ talk with me about adjusting my ballsack in front of his girlfriend. It’s like, dude, if you feel so threatened, maybe you need to have this talk with your girlfriend and her wandering eyes. I can’t help that I exude sexuality.”

A psychologist who specializes in roommate disagreements offered little advice for those dealing with a difficult, repulsive roommate situation.

“Some people are just disgusting slobs and will never, ever change, despite how much they push others away,” explained Dr. Carly Vitek. “I attempt to mediate roommate conflicts, but usually the best answer is to whisper, ‘MOVE. JUST MOVE OUT,’ to the clean roommate while the oaf roommate is distracted by picking his or her nose.”

All residents were evacuated later in the evening by Vernor’s ever-worsening flatulence, which triggered the apartment’s carbon monoxide detector.